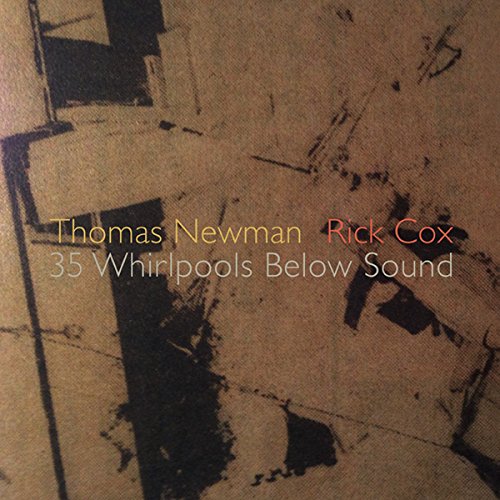 Composers Newman and Cox create a world of fragmentary electro-acoustic vignettes that wander and drift between structured melodic work, textural explorations and floating ambient worlds, reflecting the film scoring background of both. There are 19 short distinct pieces here that work together as a complete aural journey through mysterious subconscious spaces. Familiar sounds, like scraping guitar strings, a multi-tracked chorus of random piano, a toy accordion, tuned percussion, some cello, violin and clarinet juxtapose with the unfamiliar – sampled and found sounds, electronic bits, and those that are processed to a point beyond recognition, but everything fits together nicely. One piece in particular, “Goldmine Nectarine,” hints of 19th century impressionist classical work, while several others are open form deep space explorations that hint of Stearns, Roach, and others, while others yet approach the work of minimalist composers like Terry Riley. There are no rough or hard edges here, no evidence of rock, jazz, or any other standard forms, but with that said, this is not soft and pretty either, existing in a world of its own. It’s best to listen to this and just let the magic work, without trying to dissect or analyze it too much; I’m sure that’s the way it was intended, to just immerse the listener into this new strange world of ever shifting sounds and textures, occasionally revealing something faintly recognizable, but without breaking the spell. This is one of those discs that one could easily play around the clock as a soundtrack for just about any activity, inactivity, or slumber. Excuse me while I hit the repeat button again…