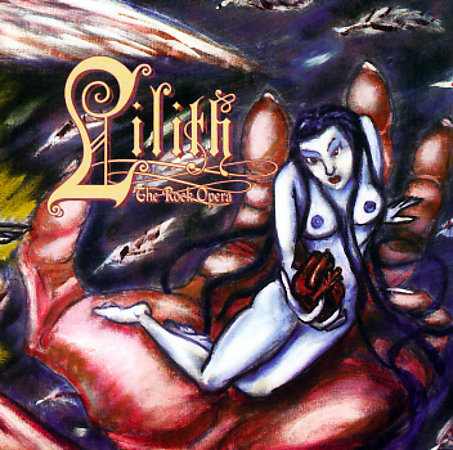 Based on the play by Remy de Gourmont, this rock opera adaptation is composed by Kugler. It features God, Satan, Adam, Eve, Lilith, and various angels and assorted baddies. Instrumental backing is mostly guitar, bass, drums, although a tiny army of musicians on piano, horns, strings, winds, are available to help here and there. Some musical motifs recur over the length of the album, a technique borrowed from composers such as Wagner, who fittingly was operating in the same period as de Gourmont. Generally speaking, however, the music exists as a complement to the singing and does not have strong standalone qualities. The concept is grander than the lyrical execution, which is more or less de rigueur for rock operas. The vocal delivery is a bit clumsy too: "conscience" is stretched to three syllables in one case, then on the very next line is reduced to two. Sierra Rein (Lilith) and Jeffrey Stackhouse (Satan) are capable vocalists, Stackhouse is actually pretty strong, while Rein only occasionally goes outside her natural range. Some of the minor role vocalists are clearly not up to the task, with weaker and nondescript voices. The mix is uneven, often burying the vocals too far beneath the instruments. The packaging is nice, with a thick booklet and nice artwork. It is not uncommon in art for the reach to exceed the grasp; it's almost necessary. Lilith: The Rock Opera is no doubt the result of much sweat and hard work, but is severely compromised by lame lyrics and a paucity of memorable themes, and is thus difficult to endorse.