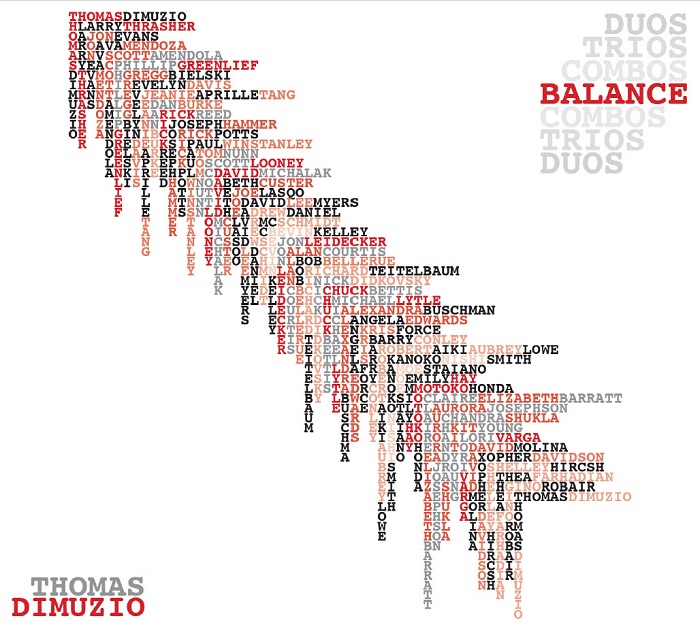 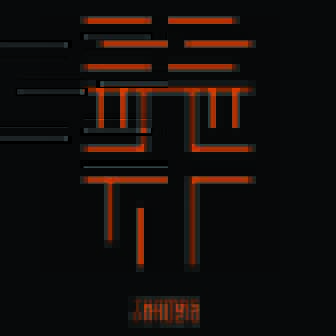 Based in the San Francisco Bay Area, Dimuzio has been flying under the radar of most listeners since he first arrived on the local music scene in the late 80s. A composer, multi-instrumentalist, experimental electronic musician, sound sculptor, improvisor, collaborator, and mastering engineer, he has been busy honing his craft all these years with little or even less recognition from the music world as a whole, perhaps with the exception of a small cadre of experimental music enthusiasts from around the globe. Early on, his work caught the attention of Chris Cutler and Fred Frith, with whom he’s collaborated numerous times in recordings and live performances, as well as like-minded musicians like David Lee Myers, Wobbly, Dan Burke, Voice of Eye, and many more. When a musician is defined as an electronic musician, the image that typically comes to mind is that of a keyboardist with synthesizers in tow, but with Dimuzio nothing could be further from the truth. His sound sculptures bear little resemblance to any conventional music — typically there is no rhythm, meter or cadence, little melody or key to be found therein, and rather than the convention of a keyboard, his sound sources can include just about anything, from twiddling the knobs on a modular rack synth, field recordings, samples, loops, extreme signal processing, microphones, and intercepted signal feeds from his collaborators, or in some cases even conventional musical instruments being played in unconventional ways. Most of the time it’s nearly impossible to listen to the sounds he’s making and know exactly (or even roughly) how they are being made. Welcome to Dimuzio’s world of experimental sounds. Expect the unexpected.

With Balance, Dimuzio has assembled three full-length CDs of live collaborations featuring 49 different artists culled from 28 live performances spanning ten years. The pieces span the range of textural, dark ambient, noise, experimental and electro-acoustic sounds, using live sampling and modular electronics in various configurations. Some of his collaborators in these endeavors will be known to most Exposé readers, others will be relatively unknown to anyone outside of experimental music circles, refer to Dimuzio’s Bandcamp page (link below) for all of the details of the 28 tracks and who the collaborators are on each of them. The first of the three discs focuses on duo collaboration performances, the second disc on trios, and the third disc on combos of four or more performers (although some trios snuck in on the last disc). As one might suspect, the first disc of duos tends to be the most experimental of the three, but there are no hard fast rules here, and in fact what the listener hears in general is not particularly abrasive or what one would call difficult listening, though for persons who are only used to hearing rock music — even progressive rock music, the sounds on any of these three discs may certainly be somewhat challenging the first time through. Listening to all three discs back to back — they are roughly seventy minutes each, might also be an endurance challenge, but after four or five spins of the full set, I can honestly say that I’m looking forward to the next spin. The sounds, as strange as they are, are nonetheless immersive and relaxing. Probably it’s best to take it on one disc at a time for better assimilation. I could try and describe a number of these pieces, but as one might imagine, these sounds are pretty difficult to describe, so it’s probably best to jump over to Dimuzio’s Bandcamp page and hear them for yourself.

Finally, many years ago (in 2004 to be exact), Dimuzio released a compilation titled Slew, which was mostly a collection of tracks which he submitted for numerous various artist compilations over the years up to that point in time. But 2004 was a long time ago, so it was time to do it again, so earlier in 2020 Dimuzio released his second compilation of compilation tracks titled Slew Tew, collecting thirteen cuts recorded between 2003 and 2017. Unlike the three discs of Balance, the pieces on Slew Tew are exclusively Dimuzio’s solo — mostly studio creations, not collaborations. The thirteen pieces are nothing if not adventurous, and would probably make for an excellent introduction to his solo studio work. The album’s final cut, “Song of the Humpbacks,” was recorded live at a surround-sound performance at the Exploratorium in San Francisco, the source being the calls of humpback whales (using NOAA source recordings further processed through Dimuzio’s electronics). Positively amazing. Both Balance and Slew Tew have been released as CDs on Dimuzio’s Gench Music label and can be ordered as such or downloaded on their respective Bandcamp sites below.