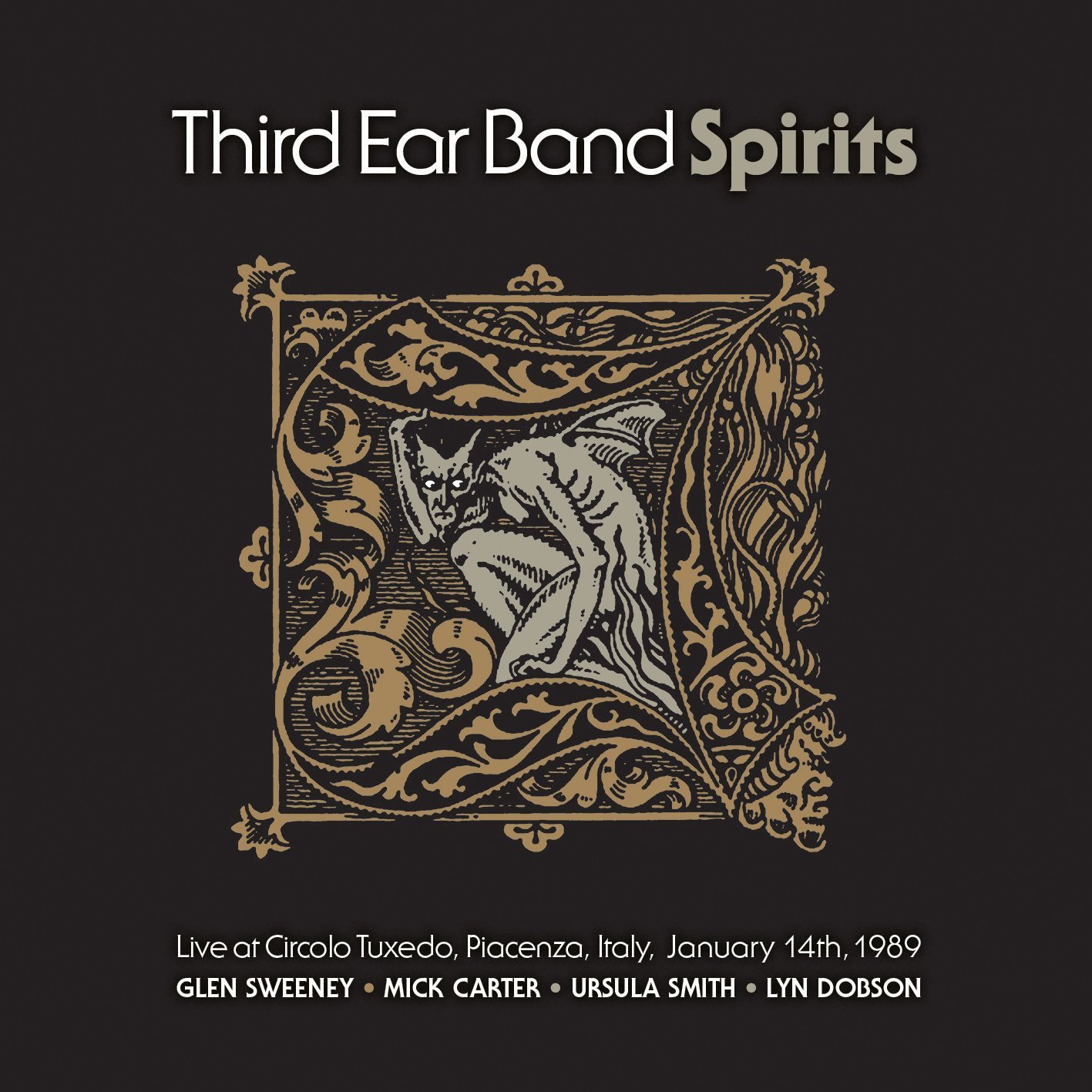 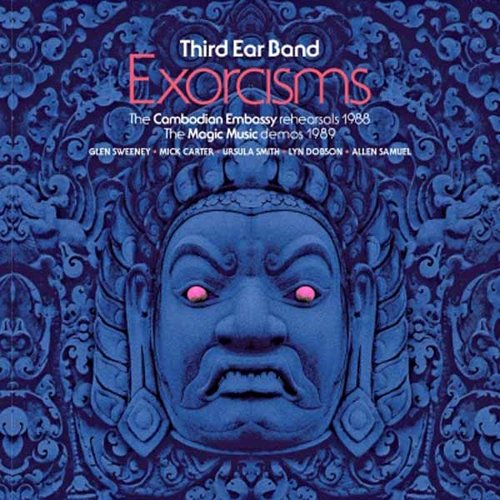 Third Ear Band from the beginning was one of the strangest sounding bands, and remains so to this day. I remember bringing home the LP of the band’s first album Alchemy (bought blindly because it was on the reliable Harvest label), playing it all the way through, and just scratching my head in bewilderment. Sounds built up from violin, cello, oboe, recorder, and hand drums, and that’s all! A blend of improvisation seemingly rooted in jazz, Eastern themes, folk, and very little rock, it was definitely the strangest album in my collection up to that point. Truly, in retrospect, it was a precursor of what we call world music today. I was aware of a few more albums coming out in the early 70s, including the soundtrack to Roman Polansky’s Macbeth, then they disappeared, or so I thought. Fast forward to 1988, and the band is back in action on an Italian tour with two original members, drummer Glen Sweeney and oboist Paul Minns, now documented on the album Live Ghosts, opening a second chapter of the band’s career which lasted from that point until around 1993 when they finally called it a day. During that period they were championed by the Italian labels Materiali Sonori and ADN, releasing many more albums both studio and live, and did several more tours of Italy, usually just a handful of dates each time. In recent times, the Gonzo Multimedia label has picked up the mantle and begun releasing archival recordings from both the early 70s and the 88-93 period, the latter where the two releases at hand were culled from.

Exorcisms is a studio disc of demos from the 1988-89 period, the first the tracks are subtitled The Cambodian Embassy Rehearsals 1988, which is where the band was rehearsing for the upcoming Italian mini-tour that is documented on the Live Ghosts release. The band, just reunited after over a decade of inactivity, consisted of originals Sweeney and Minns, guitarist Mick Carter, and violinist Samuel Allen. The recordings open with “Druid Three,” and then move into a new version of “The Egyptian Book of the Dead,” both derived from the band’s Alchemy period, and then they move onto an eight minute version of “Live Ghosts” (the live version on the album of the same name a year later would be a full five minutes longer). The second part is subtitled The Magic Music Demos 1989, which contains demos of some of the cuts that appeared on the Materiali Sonori 1990 release Magic Music (“Behind the Pyramids” and “Reading the Runes”), another that appered on Live Forecasts (“Witches Dance”) and a couple more in addition to that. For these sessions, Allen and Minns had left, and the band now included violinist Ursula Smith (who had played cello on the band’s second album in 1970), and Lyn Dobson on sax and flute (who had played in Soft Machine and the Keef Hartley Band, and appeared on dozens of recordings over the years as a session man). This is the same lineup that went to Italy for a three date tour in January ’89, four tracks from the first date are documented on the New Forecasts album (originally a cassette release on the ADN Tapes label, Gonzo has now re-released it on CD), and a fourth date was hastily added on the last day before the band went back to England, and seven tracks from that show are released on Spirits – Live at Circolo Tuxedo, the live archival release under review here. A version of “Druid,” “Hyde Park Raga,” a short version of “Egyptian Book of the Dead,” “Spirits” (which is actually “Live Ghosts”) and others, but the real surprise here is “Lark Rise,” which was the closing track on their first album, and I don’t think any other live recordings exist of it. All taken, Gonzo is doing the needful work of getting this archival material out there for all to hear.

Love Spirals Downwards - Flux – Featured at last year's Projekt Fest in Chicago, the fifth release for this duo also happens to be this writer's introduction to them. Their music could be characterized as ambient electronic pop with...  (1999) » Read more