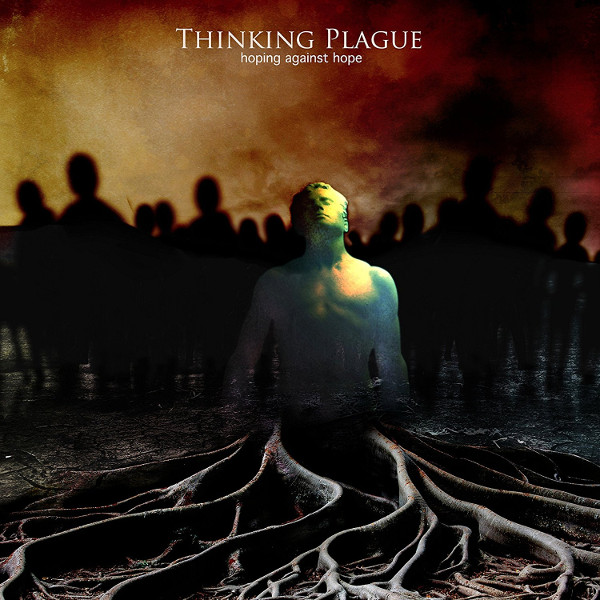 I’m not going to complain about the years between Thinking Plague albums. The gap between In Extremis and A History of Madness was only five years, by far the shortest interval between studio releases. But honestly the music is complex enough that it takes that long just to write out all the parts! I’m joking, of course, but complexity is one of the defining qualities of composer Mike Johnson’s work, and the main reason Thinking Plague is a barometer of listeners’ tastes. Anyone who dislikes Thinking Plague is likely to have a low tolerance for any music that doesn’t rely on hummable melodies, predictable rhythms, and standard song forms. But for those of us who love the challenge of pieces that don’t conform to such strictures, that cleave more to Stravinsky than Beethoven, that surprise at every turn… for us, this band holds a special place. Art is not a contest, and it’s perfectly acceptable to like both Thinking Plague and Pink Floyd, so for those of us who enjoyed the previous Plague offerings, it is time to rejoice — the cicada has emerged to sing for us. And for those who have never heard this band, be prepared to experience something new. The music is highly polyphonic, with the voice (the amazing Elaine Di Falco), the two guitars (Johnson and Bill Pohl), woodwinds (Mark Harris), bass (Dave Willey), and even the drums (Robin Chestnut) all going in different directions, though tightly coordinated to fit together. It’s one of the most completely realized examples of Chamber Rock — resembling 20th Century avant-garde compositions orchestrated for electric instruments. There are so many choice moments on Hoping Against Hope that I could go on for paragraphs, but I’ll just mention a few. “The Echoes of Their Cries” is pretty amazing from start to finish, with a relatively simple rhythmic motif in a six-beat pattern that underlies much of the piece, though the way it gets broken up and reinterpreted as the track progresses is intriguing. The bass will take up part of it, the guitars will divide other bits between them, and piano, accordion, and sax will chip in, while the vocal part fits an acrobatic melody out front. By the end, the drums have notched up the intensity of the rhythm in a very satisfying way. Another particularly lovely spot is towards the end of “A Dirge for the Unwitting” where Harris gets to contribute flute, clarinet, and soprano sax parts. One recurring technique I really like is that during slower moving sections, the chords are broken up between instruments, so that three notes are played by (for example) two acoustic guitars and the piano, each sounding a single note at a different time, to build up a constantly shifting harmonic background. As I said, I could go on for hours. Suffice it to say that this is every bit as good as the other Plague albums, and one of the year’s real gems.