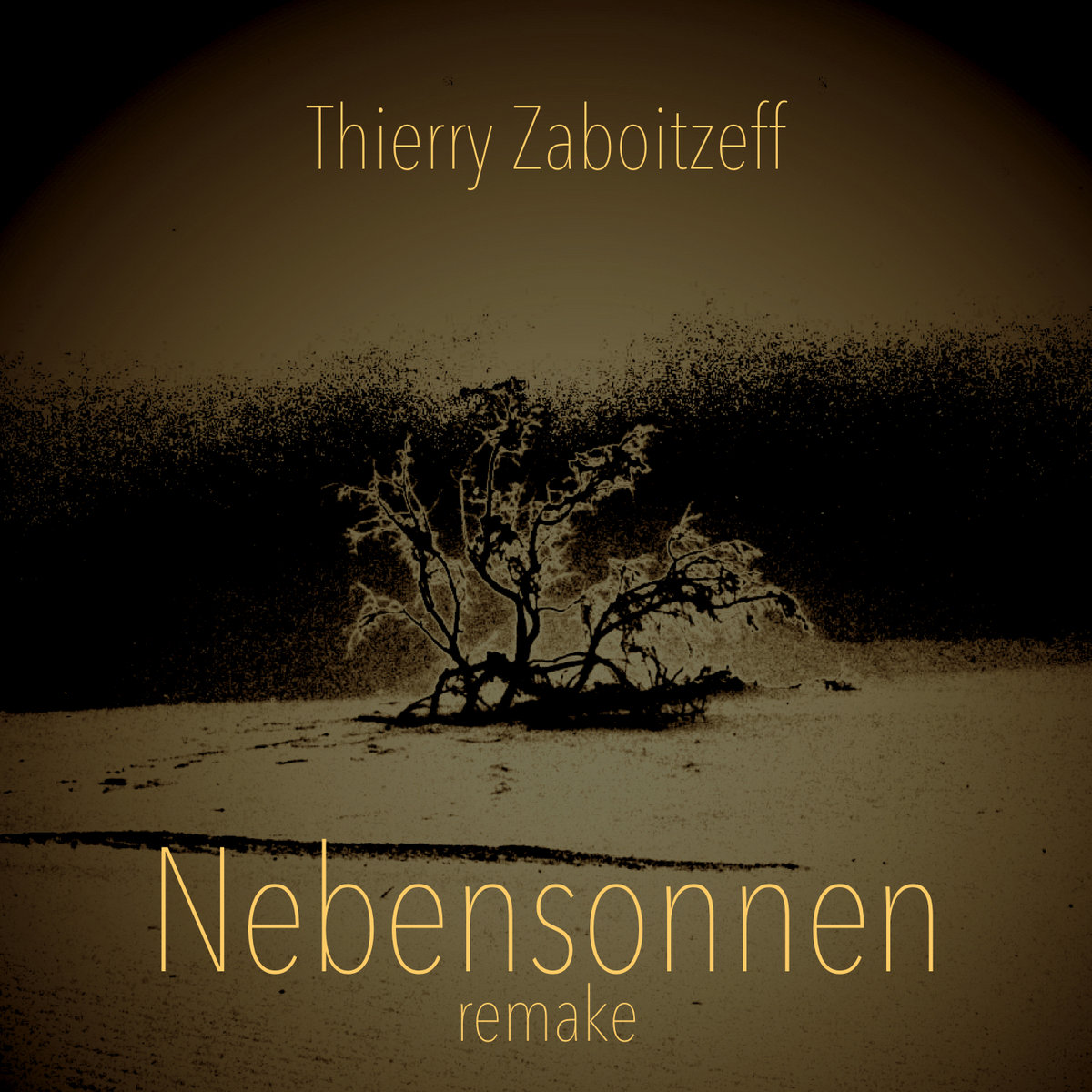 In the late 90s, after being an integral member of Art Zoyd for over twenty years (as well as releasing a couple solo albums on the side), Zaboitzeff began to distance himself from his former band, post Haxan, with a series of comissioned solo recordings released on the Atonal records label, the first of these being Heartbeat in 1997, followed by India and Alice, each approximately one year apart, then in 2000 he released the original version of Nebensonnen, which was the commisioned music for a dance piece by the Editta Braun Dance Company. Almost an hour in length, it was composed and performed, with the exception of one track where his former band members join him, entirely by Zaboitzeff using the tools he had available at the time: cello, bass, electric keyboards, and synths – nineteen inventive tracks of mostly soft and subtle compositions, precisely what was required by the dance troupe. But through all the years, Zaboitzeff was never entirely happy with the results, and beginning last year he pulled the trigger on the project of remaking it from scratch, the same compositions but entirely new arrangements – acoustic piano, real orchestration and almost no synths. Listening to the Nebensonnen (Remake), the compositions are all familiar but the way the pieces are arranged is far more meticulous and precise, building a whole new levels of warmth and character that weren’t entirely there on the original recording. The new arrangements entail a full compliment of strings, but the acoustic piano is probably the most effective agent of change. The same standout tracks that made the original so special, like “Alles in Ordnung,” “Rondo,” “Zorn,” “Seehaus,” and many others are even more beautiful here, now brought up to a whole new level that makes the originals pale in comparison. A back-to-back listen confirms the power of the newer version. As of this writing, Nebensonnen (Remake) is only available as a download, but that certainly could change in the future.