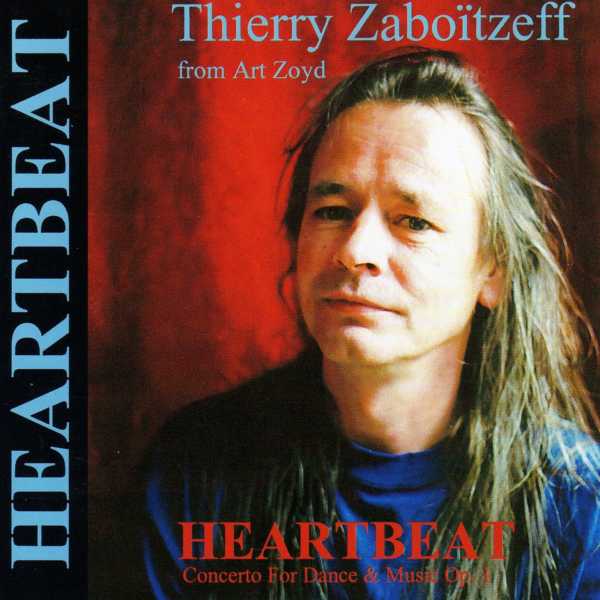 The de facto brain behind Art Zoyd since 1975, Thierry has now gone AWOL from that French institution, and seems to have spared nary a moment in rushing headlong into a solo career. Still, this isn't his first one-man-band outing if we take into account 1983's Prométhée, and the subsequent, Dr. Zab's Robotic Strings Orchestra. In the past he displayed an awe-inspiring wizardry for creating chilling atmospheres by manipulating textural and thematic materials into an identifiable and irony-emblazoned chemistry. And now he takes it even further, the difference being that the gothic-futuristic Zaboitzeff approach is dished up in a concise song context, with vocals and (at times) even discernible lyrics, though still intoned by a deep-from-the-tomb baritone. He sounds like some demented Cossack. Though largely realized using sampler keyboards, Heartbeat sees him continuing to mine the most unexpected sound sources, juxtaposing them in startling new ways: the cello in "El Amor Brujo"; the bass harmonics (which after all is his main piece of hardware) in "Léger Comme le Vent." Marvel at how he flanks this Satie-like furniture music against the frantic pacing of "Komba" and you begin to see what was probably holding him back in Art Zoyd. Guitar and female voice embellish the mini-canvasses as well, neither a single note or turn of phrase ever being poorly placed. Solo ventures are often a mere skeleton of past glories, but not so in this case. If you have ever been reluctant to step into the Art Zoyd universe for fear of its staunch unfriendly welcome, then this CD is tailor-made for you.