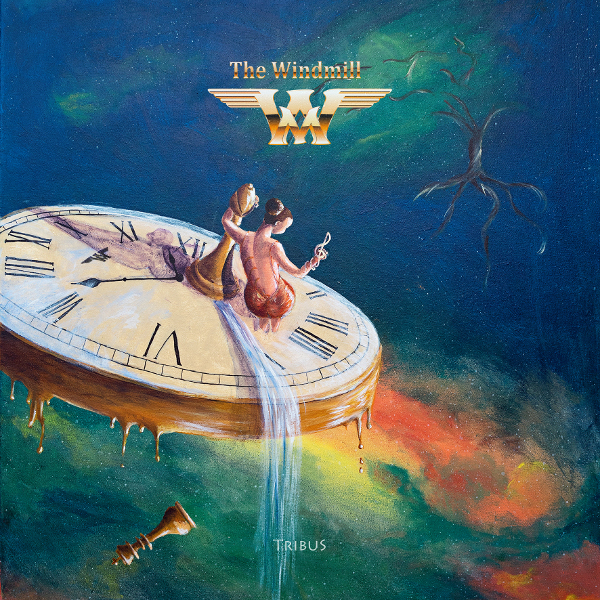 Tribus is the first album I’ve heard by this Norwegian band, though they’ve been together since 2001 and have two previous releases to their credit. For the most part, they hone closely to the tenets of melodic progressive rock, with prominent flute and keyboards providing a symphonic backing for relatively simple tunes — not that this should be taken as any kind of negative, I just mean that you won’t hear complex fusiony odd-meter rhythms or intricate polyphony. Reasonable references might include Genesis (Wind and Wuthering era), The Pineapple Thief, and contemporary groups like Oak, Airbag, Magic Pie, and so on. They inflect the music with a number of different flavors, from folky acoustic pastoral sounds to somewhat spacy grooves to soaring melodic choruses, and (with one exception) handle all well. That exception is a pseudo-jazz section in the middle of “The Tree,” a side-long epic that is otherwise quite good. Jazz just does not seem to be in their idiom, so we get simple chords and a clunky sax solo over a stiff swung beat with a walking bass line. But like I said, that’s a relatively short section in a long piece. Piano provides much of the basis for the pieces, with the full complement of other keyboards, electric and acoustic guitars, and rhythm section. Fans of well-crafted symphonic rock should find a lot to enjoy with Tribus, and even I, whose taste generally runs to the avant side of the spectrum, was pulled into The Windmill’s sound.

Pollen - Pollen – The Canadian symphonic progressive scene is one that unfortunately has avoided CD reissue except for the occasional release such as Harmonium, Spirit of Christmas, and the much harder to find Opus 5....  (1994) » Read more