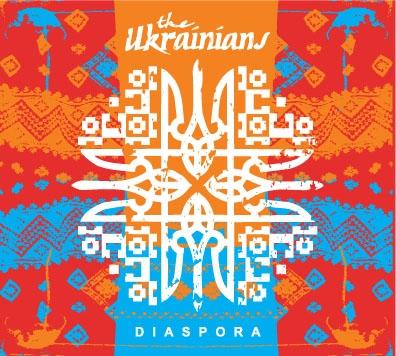 Hard to believe it’s been 18 years since this band’s first release. While they’ve hardly been prolific – only four studio albums in that time, along with a couple of live releases and compilations – they’ve got a solid legacy of great music to show for their efforts, and this new release doesn’t let down their tradition of greatness one bit. The basic modus operandi features acoustic instruments (guitar, violin, mandolin, accordion, and so on) backed by electric bass and drum kit; occasional electric guitar, keyboards, and brass add a little variety. The music is mostly original, though to naïve ears could pass for rocked up version of Slavic folk songs. This time out they add an energetic arrangement of Brahms’ “Hungarian Dance No. 5,” which of course fits in perfectly. The lyrics are not in English, all Ukrainian, I think, and the brash male harmonies bring to mind every clichéd Russian song ever to appear in a movie, but the fact that they twist it up with a punkish abandon lifts it to an entirely new level. Aside from that, it’s just plain fun. Even if you can’t understand a word, you find yourself wanting to sing along or do a dance involving potentially dangerous squat-kicks. The performances are flawless, though not in a sterile or studious way. In short, this band belongs among the top proponents of folk rock around the world today.