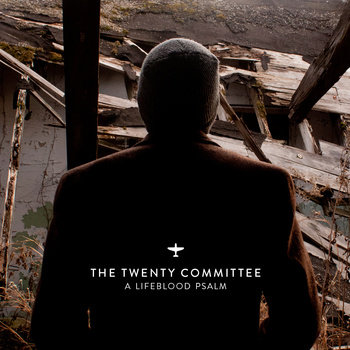 The Twenty Committee is a new entry into the stream of modern progressive rock that includes such artists as IZZ, Pineapple Thief, and the like. The music, while not technically complex, is varied enough to keep a listener's interest, and there are a few twists to set it apart from other bands of the style. In particular, leader Geoffrey Langley's keyboards have a jazzy flavor at times, with the majority of the sounds coming from piano, electric piano, organ, and Moog-type synth. Some of the lead synth lines have a slight Jan Hammer tinge to them the way the notes are bent and the patches used. At other times, there are Rick Wakeman style arpeggios on the organ, though it's by no means derivative. The album's longest track is the ten-minute "Her Voice," which features a great guitar solo that leads into an unexpected free section where the tempo goes out the window and weird effects take over. The band gradually works their way out of that in a most satisfying way. Langley's strong lead vocals are one of the band's most prominent features, and two other members contribute vocally as well. There are some nice string arrangements on a few tunes, adding another flavor to the recipe. The "Overture" in the middle of the set provides the most complex instrumental arrangements, jumping through a number of metric hoops, leaping acrobatically around some nice melodies. In short, A Lifeblood Psalm presents a good balance of accessibility and complexity, maybe a little tame for a die-hard RIO fan, but there's more to life than dark chamber rock. There's a sweet spot out there where you find The Underground Railroad and a few other bands, and The Twenty Committee has earned a spot in that company.