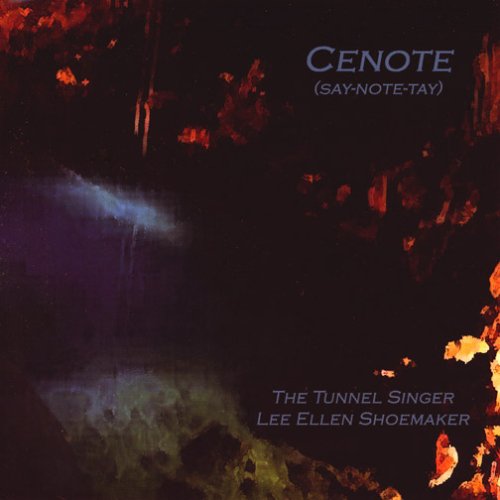 Cenote is a welcome return to the pure vocal and natural reverb effects that The Tunnel Singer (Lee Ellen Shoemaker) employed on her earlier releases like Water Birth and Night Skies. She did a commendable job fusing her voice with electronics and post-processing on the 2003 release Sailing the Solar Wind, but that turned out to be borne more out of necessity while coping with spasmodic dysphonia, a nervous disorder that affected her ability to sing; following effective treatments, she was able to recover and now sings again as before. Seven mid-length tracks in this set find her back in a familiar setting – the “Cistern Chapel,” a two million gallon underground cistern in Port Townsend, Washington, that hosts a 45 second natural reverb; because of the strength of that reverb, at any given time the larger part of the rich blanket of voices one will hear are already in various stages of sonic decay, echoing gently back in a mixture of harmonics, with new voice parts being added, or painted over what is already there, resulting in haunting, shimmering waves of relaxing near-freeform cloudbursts of tonal color. There’s really not much else like it, although Jim Cole’s Spectral Voices (minus the overtones) comes to mind. A process so simple in fact: sing, listen, sing some more, yet it yields positively breathtaking results.