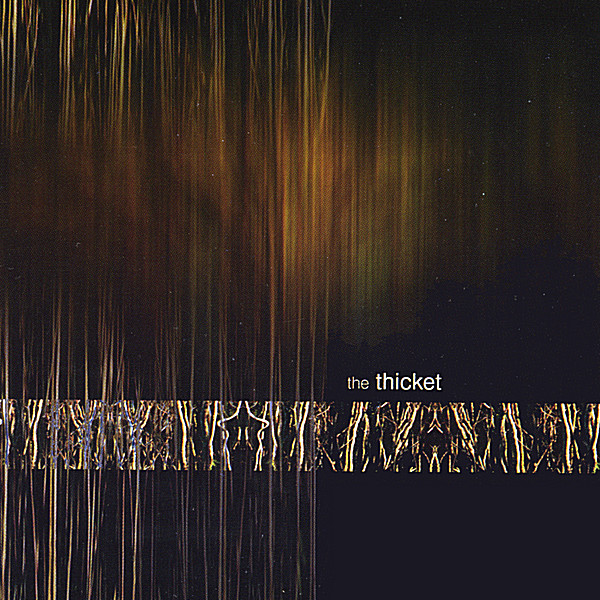 The Thicket is the Edmonton-based duo of Andrei Poukhovski and Ivan Poukhovski-Sheremetyev, a father-son combination. The instrumentation consists only of keyboards and Theremin, with programmed drum/percussion parts. Programmed percussion is usually a bad sign, but rather than attempt to have it sound like a real drummer they tend towards electronica-inspired beats, which makes it work. Much of the music is laid back with the keyboards providing atmosphere for the low-key vocals. They kick it into high gear sporadically, using synthesized distorted guitar patches and a gruffer vocal presence. The vocalist (not credited but I think it’s Ivan) has an adequate voice for either style. Instrumentally the best parts come when they layer multiple keyboard lines together; some of the best symphonic prog is dual-keyboard based, after all. That said, compositionally this tends to be fairly basic music, with few nods to prog but the odd obligatory neo-ish fanfare. The preponderance of song-based material puts most of the band’s eggs in the lyric-writing basket. And to be honest, the lyrics don’t really speak to me, alternating between somewhat banal everyday speech and dreaded forced-rhyme poetry. I’m not militantly against ‘homebrew’ recording projects with programmed parts, and I think The Thicket has laid a solid groundwork. I also don’t think that bands should pursue technical excess at the cost of coherence; nonetheless, instrumentally I think the band would benefit from more punch in the compositions. As this stage nothing really stands out that would command my buying dollar.