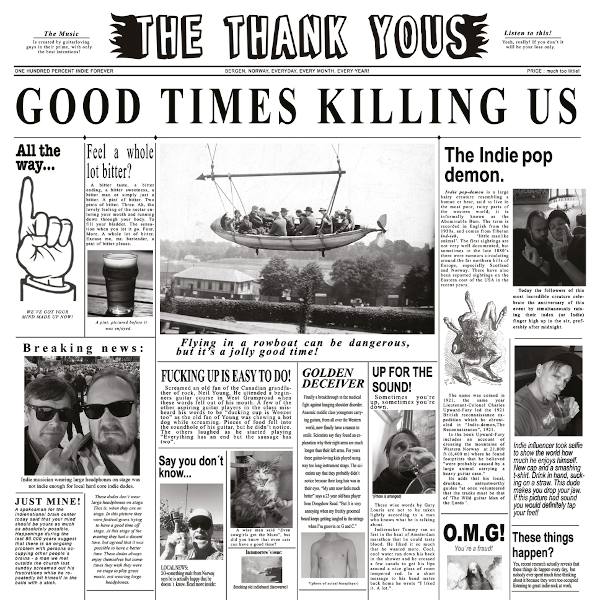 The population of Bergen, Norway is in the neighborhood of 290,000 people, and from my observations, approximately half of them are musicians. And, unlike the proverbial out-of-work actors in Los Angeles, most Bergen musicians seem to have record deals. The really odd thing about this glut of recordings from the city is that so much of the music is good. Case in point, The Thank Yous. Their milieu is power pop — catchy, melodic rock with touches of psychedelia, and they do an outstanding job of it. The core of the band is the songwriting duo of “Sergeant” Petter Folkedal and Lars Lundevall, and they’re joined for this recording by Frode Unneland (drums) and Tommy Haltbakk (production and bass). They’ve got all the qualities that make for great power pop in spades: catchy melodies, clever lyrics, lush vocal harmonies, a tight rhythm section, and big, jangly guitars. I can’t imagine why any fan of the style wouldn’t love Good Times Killing Us — it’s an outstanding album, and every song is a winner. Just listen to a bit and see if I’m wrong.