The Stratos Ensemble — Accident at Clear Lake
(Bandcamp no#, 2017, DL) 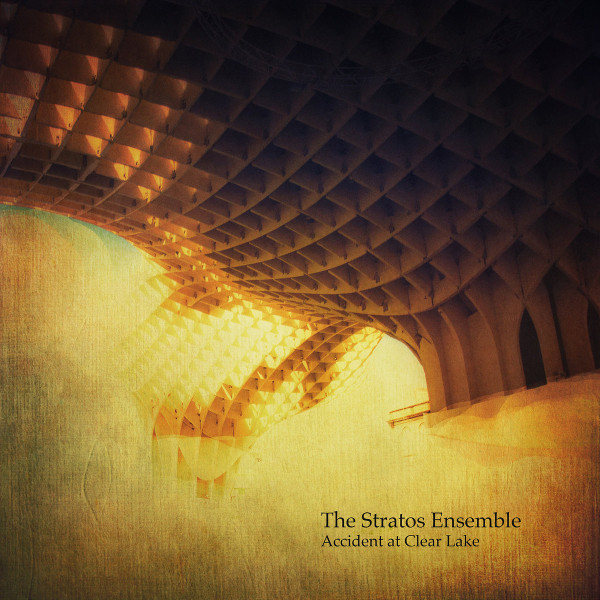 The Stratos Ensemble is a group of highly skilled improvising musicians led by keyboard and electronics player Dean De Benedictis, also known as Surface 10 for his purely electronic endeavors, or in these pages for his numerous releases under his own name on Spotted Peccary and his own Fateless imprint. Also featured on this recording are bassist Doug Lunn (Chad Wackerman Trio, and Brand X with John Goodsall and Nick D’Virgilio), drummer Brock Avery (Wayne Kramer and others) and guitarist Daniel Coffeng (a veteran of previous Stratos Ensemble releases). The group is sort of a rotating cast of players, with each of the recordings featuring a different lineup, sometimes four, sometimes five members, the idea being to get together without any previously written material and just let it happen, the same methodology as Barry Cleveland’s Cloud Chamber, except here, instead of their ethnic and bowed strings component, we have a more progressive rock / fusion outcome, rife with power, intensity, and spirited playing, where just about anything can happen at any time, but these guys are master improvisers, so instead of noodling around looking for a direction and occasionally getting off the ground, these guys are airborne from the first few measures until the last. The track titles aren’t all that imaginative, but “Set 1” (indexed into four long sections) is 42 minutes of pure intensity, with every player driving hard, and as a group, getting the results that push the limits of sonic exploration. There are no vocals, only pure instrumental fury, but there are some electronic samples that sound like bits of juxtaposed voices. They can switch from a killer fusion attack to a floating atmospheric sound effortlessly, much in the way King Crimson morphs on some of their classic improvs, then one of the players might bring in a fresh groove, and off they go again into a whole new direction. By comparison, “Set 2” is a mere 21 minutes, and takes a slightly different approach, perhaps more delicate, dreamy and electronic at the outset, building slowly to a bristling climax. Apparently these are both excerpts of a longer session recorded at Clearlake studios in North Hollywood. All three of their CD releases can be heard on the group’s website, as well as many tracks from compilations and unreleased gems as well. Accident at Clear Lake packs a load of power and should be of interest to all fans of eclectic improvisational fusion.