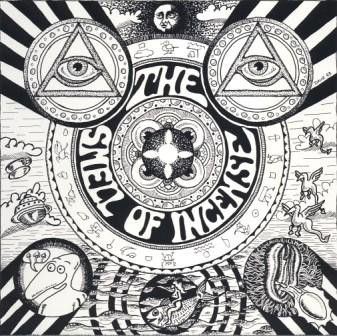 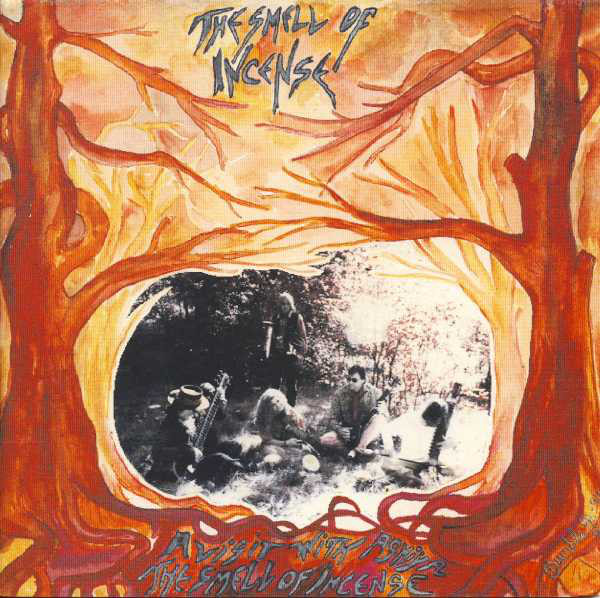 The Smell of Incense is a Norwegian neo-psychedelic band inspired by Syd Barrett, the Kinks, Steeleye Span, Incredible String Band, and Peter Hammill, to name a few. Their debut CD, All Mimsy Were the Borogroves, released in 1994, was incredible in capturing the ambiance of the late 60s. Stepping a bit back in time we have their limited edition flexi-disc released by the Norwegian rock magazine Rock Fururoe and their first single released by September Gurls. Both releases contain songs from their demo tape. "I’m Allergic to Flowers" is a whimsical look at the flower power generation with the narrator sneezing on the refrain. Their single is on lime green transparent vinyl and contains some great raga rock and psychedelia. The band consists of Bumble B (second vocal and backing vocals), Cool Kat (drums and backing vocals), Ernie Chung (guitar, lead and backing vocals), Han Solo (bass, organ, Mellotron, and backing vocals), and Lumpy Davy (guitar, sitar, tamboura, Tibetan bells, and backing vocals). The cover art on both releases contains the right psychedelic and fantasy elements. Though not on a par with their CD release, these two earlier singles contain excellent music that you would have heard on the underground radio stations of the late 60s. By all means, if you pine for the psychedelia of those golden days of yore, seek this band out.

Related artist(s): The Smell of Incense

Yoshihiro Hanno Meets Mick Karn - Liquid Glass – Mick Karn's distinctive bass playing has found a number of homes over the years since the demise of Japan. Most notable for readers of this magazine have been his collaborations with David Torn and...  (1999) » Read more