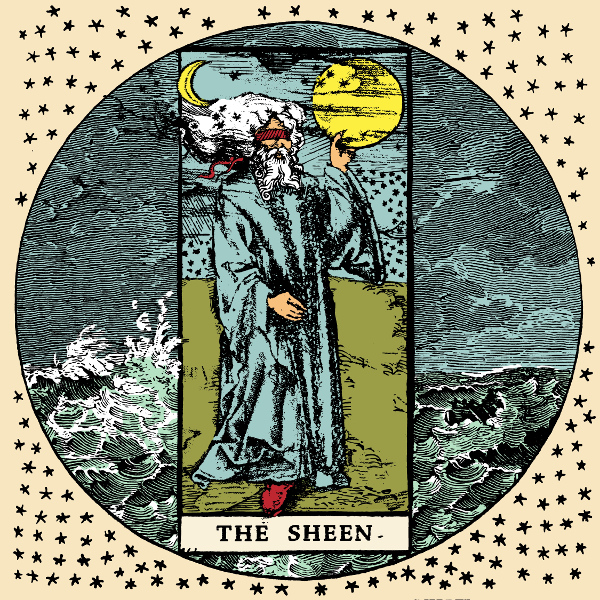 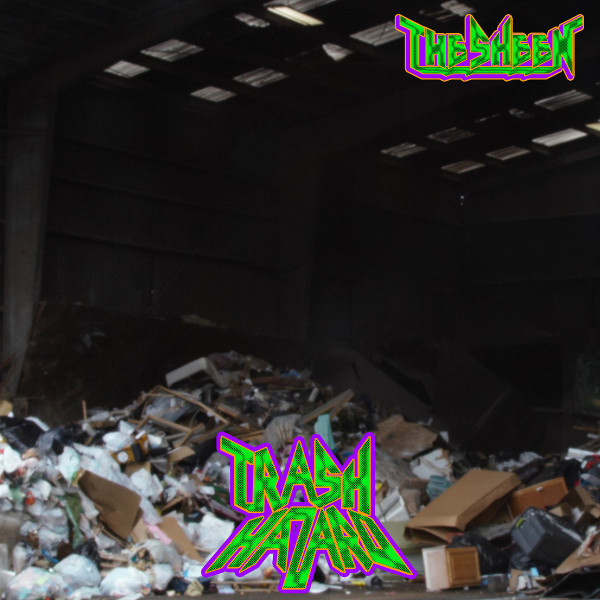 The Sheen is a relatively new band from the small city of Bellingham, Washington, and in their short existence they’ve already been through two distinct phases. The personnel for their self-titled debut album included Brock Muench (drums, percussion), Justin Benz (bass, synths, vibraphone), Kelsey Tribble (organ, vocals, percussion), Kellan McLaughlin (guitar, percussion), and Riley Reasor (guitar, vocals, synths). In many of the tunes, it is Tribble’s organ that provides the distinguishing factor, being used in ways that are not typically heard in freewheeling mostly instrumental rock infused with touches of math, world, folk, and noise. At times I’m reminded of early Camper Van Beethoven, thought without violin and more emphasis on the instrumental parts (which of course brings to mind Monks of Doom). Some of the vocal parts have a heavy reliance on fifths that evokes a medieval feeling, and there are some times when the instruments veer away from each other into contrasting rhythmic and harmonic territory, as on the short instrumental “The Sudden Valley Homeowners Association.” And then there’s “Feedback,” with a title that accurately describes the source of the sounds, with wailing noise from several instruments. They have a way of playing fairly complex material with a punkish abandon that is energetic and very appealing. The whole album was recorded live in the studio, and the sound is very immediate and free of the sheen (ahem) of fussy production.

Recorded less than a year after the debut, Trash Hazard finds the band without Tribble and his organ, and with a second drummer, Jonathan Sherman, added. Sherman had appeared as a guest on the first album for a couple of tracks, and now he’s a full member of the group. With the organ gone, guitars are more prominent, though Reasor does pick up a sax at times. Again it’s a live recording, and at 29 minutes it’s maybe best considered an EP. In general, the sound is noisier and more chaotic, with vocals more shouted than resembling chants as on the previous effort. On “Bird Fraud,” Reasor’s sax provides mostly squawking, and he also contributes some crazy synth noises, giving the tune the flavor of very noisy free jazz. Listening in headphones, the presence of two drummers is not always obvious. The tunes come in with some variety in mood and tempo, though perhaps less than on the debut. Both albums are worthy efforts by a young band from an out-of-the-way corner of the country — for listeners approaching from the progressive rock side, I would definitely recommend The Sheen, and for noise-rock fans Trash Hazard might be the place to start.