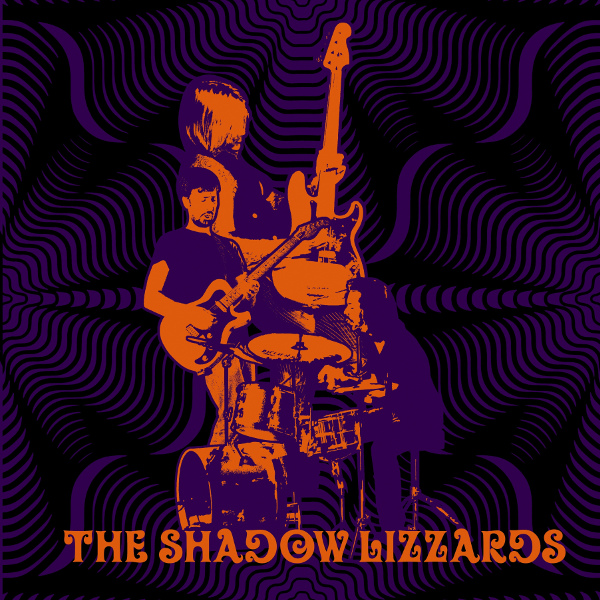 Deep Purple, Uriah Heep, Atomic Rooster — classic heavy rock bands known for featuring the sound of an overdriven Hammond organ. The Shadow Lizzards start off their debut album with “Power On,” a rocking tune that brings to mind those 70s bands, full of driving drums, distorted blues guitar, and an organ sound that would make Jon Lord, Ken Hensley, or Vincent Crane proud. The subsequent tracks follow in suit, with one exception: the organ is often gone. It was played by bassist Jochen Leistner, and for most of the rest of the album he sticks to his primary instrument, leaving all the lead parts to guitarist Simon Schnellinger. On the songs featuring organ, the low end suffers from the missing bass guitar, and on the bass guitar songs, the absence of organ removes a distinctive feature of the sound. On the guitar trio tracks, The Shadow Lizzards are a solid example of 70s heavy psych with overdriven blues guitar licks and funky drums in the mold of those who carried on the legacy of the Jimi Hendrix Experience. Guitar, vocals, bass, drums — these guys have got it down, and their talents raise the music above mere regressive tributes to a bygone era. They also have the good sense to mix it up a bit, with a slow-burn track like “Go Down,” with some tasty understated guitar. It’s a song in the mode of “Dazed and Confused” as interpreted by Deep Purple (it’s one of the organ tracks). If there’s a place for solidly riffing heavy rock that brings to mind the era before heavy metal devolved into brainless riffing, The Shadow Lizzards might hit the spot.