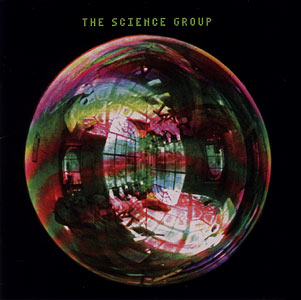 Yugoslavian composer Stevan Tickmayer has worked extensively in the fields of 20th Century music (both composed and improvised) and jazz. For this project, he takes a collection of texts by Chris Cutler on various subjects relating to science, and sets them to music, which is performed by Tickmayer himself (piano, keyboards, zither, violin, guitar, samples), Cutler (drums, electronics), Amy Denio (vocals), Bob Drake (bass, vocals, guitar, drums), Fred Frith (guitars), and Claudio Puntin (clarinet, bass clarinet). Bob Drake produces and contributes one composition. The music is marvelously disjointed and complex, full of abrupt shifts in tempo and mood, ranging from delicate acoustic passages to throbbing electric dissonance. Amy Denio provides serene interpretations of Cutler’s rather unusual words, sounding surprisingly like a choirboy. This collection provides another viewpoint on the style originated many years ago by Henry Cow and Slapp Happy, lately advocated by 5uu’s and related groups. It also shows just how close complex rock (or “pop” as Tickmayer prefers to call it) can come to “serious” 20th Century music of the academic (or even snobby) sort. The prime difference is one of instrumentation. Take these compositions and arrange them for strings and winds instead of guitars and keyboards, and perform them in a symphony hall on a bill with Cage or some other modern master, and no one would think anything is amiss. But use – gasp! – a drum kit and an electric guitar, and you’ll be quietly escorted to the stage door. Ranting aside, this is a fascinating collection of unique sounds, truly a great addition to the careers of all involved.