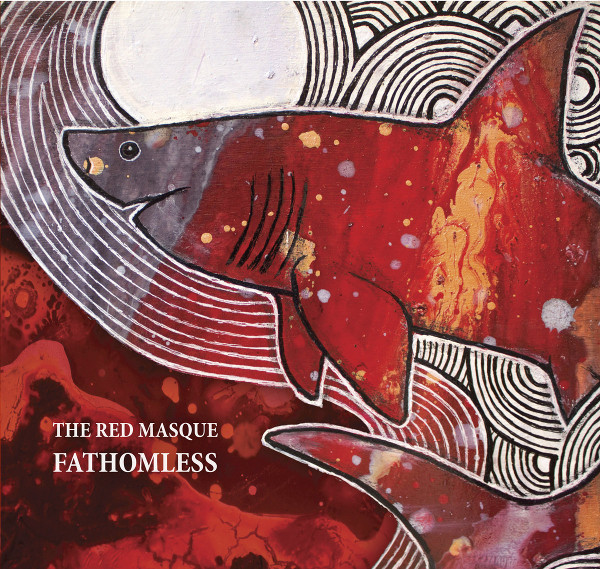 A few years ago, when Mythalogue came out, I noted how The Red Masque had been getting progressively (sorry) better with each album. I’m happy to report that the trend has continued with Fathomless. These eight tracks (nine with the bonus) are uniformly excellent, bringing together all the features the band has had from the beginning but just getting better at them. The interaction between bass and guitar is great, the drum parts are very interesting, and several tracks feature guest strings that really enhance the sound. “Sand and Sea” gets things off to a great start, a mostly instrumental piece with a Middle Eastern feel, featuring hand percussion and wordless vocals to go with the driving guitar parts. “Where Once Were Rivers” is under seven minutes long, but feels like an epic in scope, bringing in violin, keyboards, and strong vocals. Ominous verses lead up to a section where the rhythm breaks down and some edgy dissonance punctuates the shouted vocals. A sound rather like Mellotron flutes graces the lovely middle section. The Red Masque has invented what might be called Goth-RIO, and it works really well. Group founders Lynette Shelley (vocals) and Brandon Lord Ross (bass, keyboards, vocals) have been here since the beginning, but Jim Harris (drums, percussion, vocals) and David Carle (guitars, vocals) are new since the last studio album. Alice Marie contributes violin and viola on five tracks, and her skills are especially valuable in “The Shallows,” where she gets to start things off unaccompanied. Harris has several moments to shine on drums as well, with unconventional patterns and effortless handling of the shifting meters. His solo intro to the title track is especially noteworthy. There are no weak tracks on the album, and fans of the band should be quite pleased with the quality of the set. And for those unfamiliar with The Red Masque, there’s no better place to dive in than this.