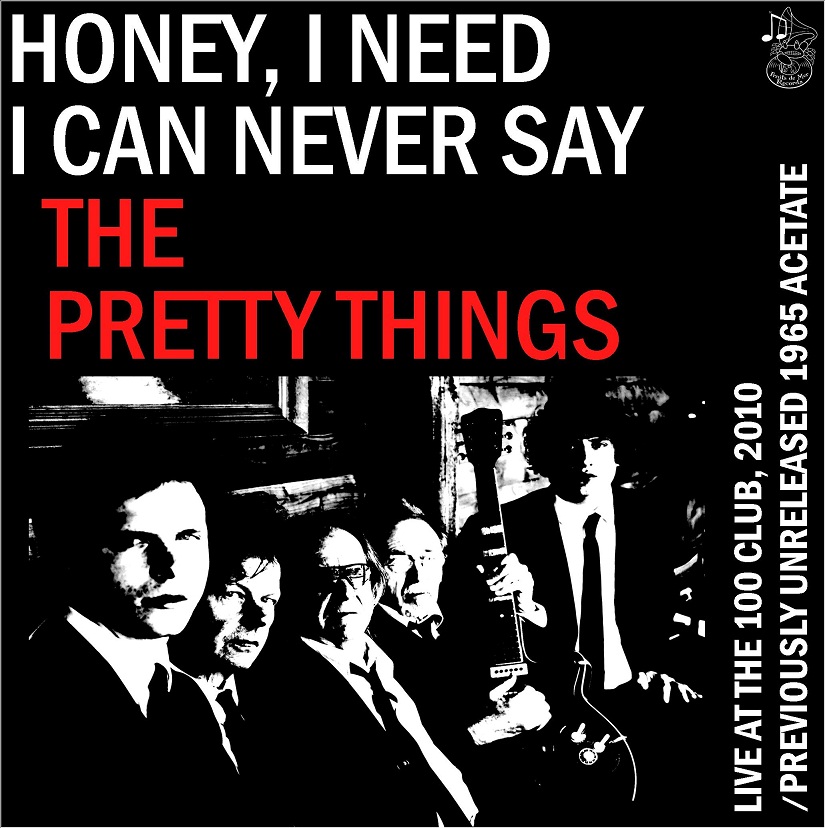 The Pretty Things have been around for over 50 years and are arguably the best R'n'B band the UK ever produced. One of the founding fathers, guitarist Dick Taylor, was originally with the Rolling Stones. Today both Dick and vocalist Phil May continue to perform and record, augmented by Jack Greenwood on drums and percussion, George Perez on bass, and Frank Holland on guitars. This 7 inch is a Fruits de Mer exclusive release of the band's 1965 hit "Honey, I Need" recorded live in 2010 and the flip side a recently discovered acetate demo of "I Can Never Say." The live track is taken from The Pretty Things forthcoming album The Pretty Things 1st Album, Live at The 100 Club. The band plays to a very enthusiastic crowd and sounds as fresh as ever with its rockabilly beat, but it just too short at 2:22. "I Can Never Say" is just as good and has a clear and clean sound despite being mastered from acetate, a wonderfully preserved gem. I just wish there was more music on the disk. Even though Fruits de Mer produced 1200 copies of this single, after its release on June 11, 2012 it sold out in less than a week. So if you want to experience The Pretty Things for yourself, you will have to wait for August 2012 and the release of a 4 track EP featuring three live versions of songs from S.F. Sorrow and a previously unreleased track.