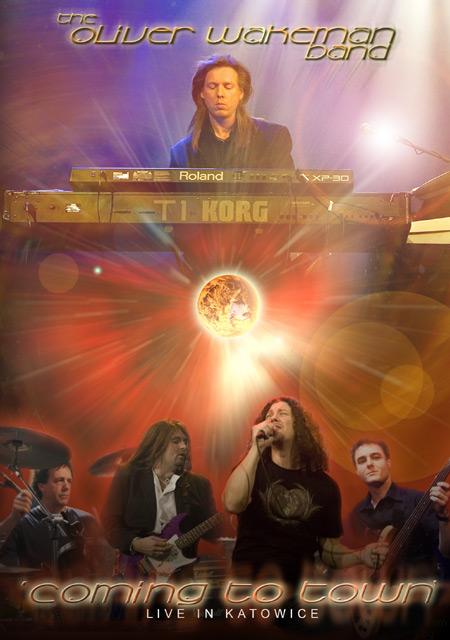 Yes fans are probably aware that Rick Wakeman’s son Oliver has been playing keyboards on their recent tour, and for those curious to see what his own band looks and sounds like here’s your chance. Filmed in Katowice, Poland (yet another Metal Mind Production!), this DVD presents Wakeman and his band (Paul Manzi: vocals, David Mark Pearce: guitars, Paul Brown: bass, Dave Wagstaffe: drums) running through about an hour and a half of material, half drawn from 2005’s Mother’s Ruin and the rest from the Clive Nolan collaborations Hound of the Baskervilles and Jabberwocky. Some may be surprised by the aggressive and almost metal-tinged sound of the band (particularly Pearce’s Ritchie Blackmore-inspired approach) on songs “Don’t Come Running” or “The Agent,” where Wakeman rips through an electrified solo a la Derek Sherinian. Oliver’s pedigree is on display in the slower, more balladesque songs like “Mother’s Ruin” where the use of busy-fingered filigrees reveal his father’s tutelage. The DVD includes some clunkers, like Munzi’s attempts to get the crowd engaged in some audience participation, and songs like “I Don’t Believe in Angels” demonstrate that Wakeman has some maturing to do as a composer and lyricist. But he’s undeniably talented (if a bit stiff as a performer), and his band do an admirable job overall. This DVD is on par with past Metal Mind productions and the sound, lighting and camera work are uniformly excellent, plus you get a chatty interview. He is a Wakeman, after all.