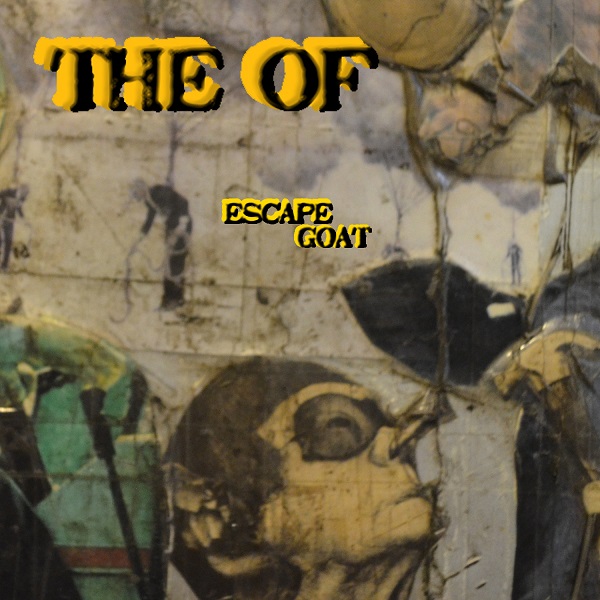 When last we tuned in to The Of, they were regaling us with the epic battle of seagull vs crab (or something like that), illustrated by extended Zappa-esque guitar solos. The band’s second album starts out with a dramatic keyboard fanfare, the intro to “It’s a New World.” This ten-minute track takes us through a number of differing sections, including some really warped rock riffing with lyrics about how the world is changing, a cynical take on modern progress. There’s also a left-field diversion into dirty blues, with a warbling harmonica and all; a section with narration about being compelled to obey and consume; and yes, there’s a nutty guitar solo as well. It’s a strange trip, unlike anything another band would be likely to produce. “Damn Dirty Hippie” combines goofy chipmunk voices, a great echoing riff, a great sax solo, and some odd electronic manipulations. The title track is another winner, with sections in different meters, but all fitting together to rock hard. I’m reminded a bit of Captain Beyond’s debut album with some Apostrophe thrown in. In spite of the often haphazard-sounding result, it’s clear that a lot of planning went into this recording, and a lot of imagination unfettered by conventions. The answer to a question like “How should we transition out of the guitar solo?” could involve any number of possibilities, like a sudden fade-out accompanied by sound effects and mangled voices, or maybe an abrupt splice to a completely unrelated bit of music. Unpredictable, imaginative, wacky, and complex are all adjectives that apply. You’ll often say, “Whoa, didn’t see that coming! Cool.”

Related artist(s): The Of

Sigur Rós - Takk – Iceland’s Sigur Rós’ claim to fame appears to be as a European bridge between 70s progressive rock ideas and modern alternative rock. The band has been tabbed by industry magazines such as Mojo...  (2006) » Read more

"Into the Mystic" Live