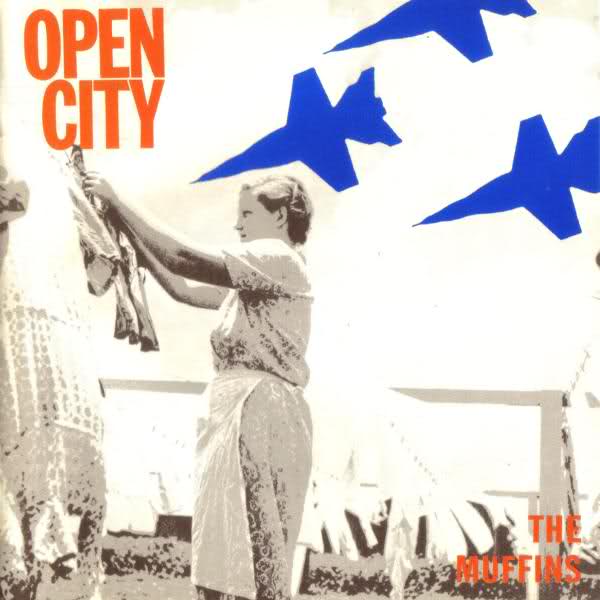 For the uninitiated, The Muffins were a Washington DC based band who existed from about 1973 to '81. Despite that many years, they only released three regular albums during their career (although more material has been released posthumously on CD and tape, including the subject of this review). Their style is firmly rooted in the Canterbury styles of Soft Machine, Henry Cow, Elton Dean, and others — a jazz oriented rock style complete with two reedsmen on board, yet these comparisons really only tell part of the story. Their highly energized and experimental sound went far to define the new American progressive sound that emerged in the late 70s. This material on this collection has several origins, yet it all flows together seamlessly. The first seven tracks are from the band's last demo tape in 1980, consisting mostly of alternate versions of material from the <185> and Manna/Mirage albums, recorded "live" in the studio: the complexity of "Queenside,” the schizophrenic and moody "Antidote to Drydock,” the humorous adventure "Zoom Resume" and the out-and-out smoker "Hobart Got Burned" all offer evidence of The Muffins amazing level of musical sophistication. Most of the tracks are purely instrumental, but on the odd occasion when vocals are employed, they never take center stage or detract from their musical muscle. Two tracks "Vanity" and "Dancing in Sunrise" are out-takes from Fred Frith's Gravity album, a project which The Muffins participated in. "Blind Arch" is taken from a live concert in 1977, and "Expected Freedom" is a short outtake from the Manna/Mirage sessions. The remaining tracks were from Take One — a radio show on WGTB, Georgetown University; here they demonstrate their improvisational prowess on "In the Red" and offer a superb fourteen-minute composition in "Not Alone.” In all, this could be considered a good introduction to The Muffins' music, or an essential supplement to round out their regular albums.

Bill Nelson - Whimsy – Keeping up with Bill Nelson is a difficult task. The man is so prolific that new releases seem to be a mere by-product of his breathing. Luckily he’s supremely talented, and apparently has hit upon...  (2004) » Read more