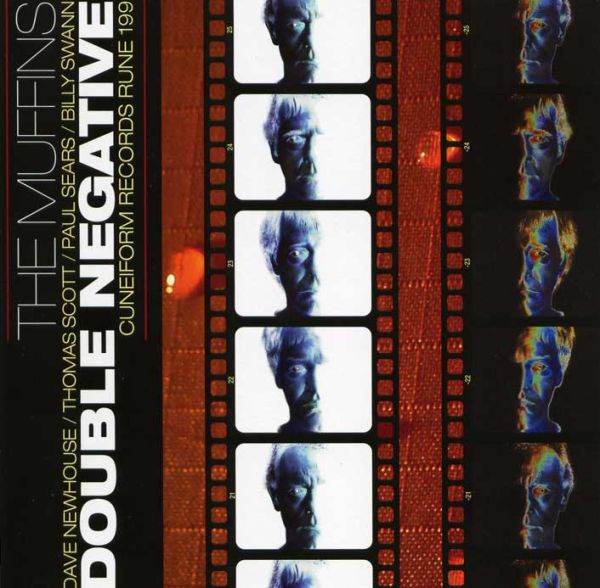 I suppose any time a band that has been around as long as the Muffins puts out a new album, there’s going to be some disagreement among fans about its merits. Whether they changed too much or too little, people will complain. You can’t please all the people, etc. I’m going to come down on the “love it” side for Double Negative. It has many of the elements present from the beginning of the band’s history: compositions that change drastically during their course, jazzy sax parts, wild non-melodic guitar, repeating rhythmic motifs, a mixture of improvisation and composition. The overall impression here is that the composition side dominates, especially due to the frequent use of guest musicians to augment the core quartet. Strings, trombone, and extra saxes pump up the arrangements to levels beyond what we’ve heard before. There is less Canterbury and a bit more RIO than there used to be; the sound is probably closer to Birdsongs of the Mesozoic than Henry Cow (I always felt the Muffins were kind of like a mutated combination of Henry Cow and National Health). But still, behind the added frills, there are some great tunes with strong individual performances, and I don’t begrudge these guys the chance to stretch their arranging muscles. What is lost in immediacy (compared to something like the remixed tracks on <185>, for example) is gained in a broader palette, and there are plenty of contrasting moments when it drops down to just bass, drums and sax.