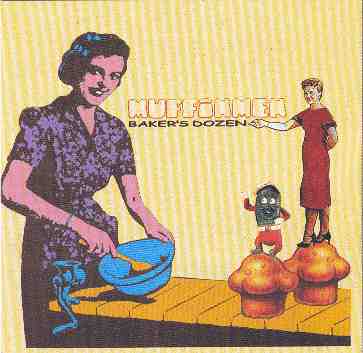 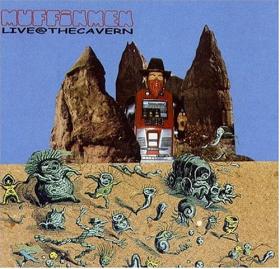 The Muffin Men are a UK based act that is heavily versed in the fine art of being a Frank Zappa tribute band that features old Mothers vocalist Jimmy Carl Black. Baker's Dozen serves as a retrospective of the band’s live gigs across the last thirteen years. The first two pieces were recorded on a 1994 German tour with the band’s original line-up and features guitarist Mr. Jump (Mike Kidson) whose blazing performances were a noticeable tour de force. The CD opener, “Lucille Has Messed My Mind Up” opens with a phone call from Ike Willis before heading into a classic piece of reggae. “Chunga’s Revenge” comes off quite well too, considering Kidson’s blistering guitar leads and a solid rhythm section. “Teenage Wind” shows the band’s ability to do clever unisons both instrumentally and vocally which was one of the Zappa band’s unique characteristics. Plus it’s cool to hear a new version of “Peaches en Regalia” with excellent horn charts as vibrant as old band was. The version of “Filthy Habits” is a surefire barn burner as Kidson mops it up backed by some great sax playing and a solid bass line from band leader Roddie Gilliard.

Live @ the Cavern in contrast captures the most recent ensemble in performance at the reconstructed concert home of the early Beatles. The line-up for this show features an altogether new band except for Gilliard and Black. Guitarist Carl Bowry carries the six string baton high as heard on the closing section to the disc opener “Trouble Every Day” from Freak Out. The surprise cover is a version of Captain Beefheart’s “Plastic Factory” done up in a sly blues rocking style and a brash brass section chart. The piece captures the essentials of the Captain himself calling into question what the artist would be doing today. The band has also branched out to covers of different Zappa material from the “Great White Buffalo” (featuring a great flute interlude from Andy Frizz) to “T Mershi Deween” and “Wonderful Wino.” As a tribute to the Beatles the band constructed a medley of “Come Together/Drive My Car” that works to show how well they can arrange more standard song fair. The first section rocks steadily in a manner Frank would love including a smooth brassy blues transition into the lead track from Rubber Soul. A clever lyric rework states tongue in cheek, “Baby you can drive your car over me.” Overall these recordings represent an accomplished tribute act to rival Zappa’s Universe as they embrace the material as all their own.