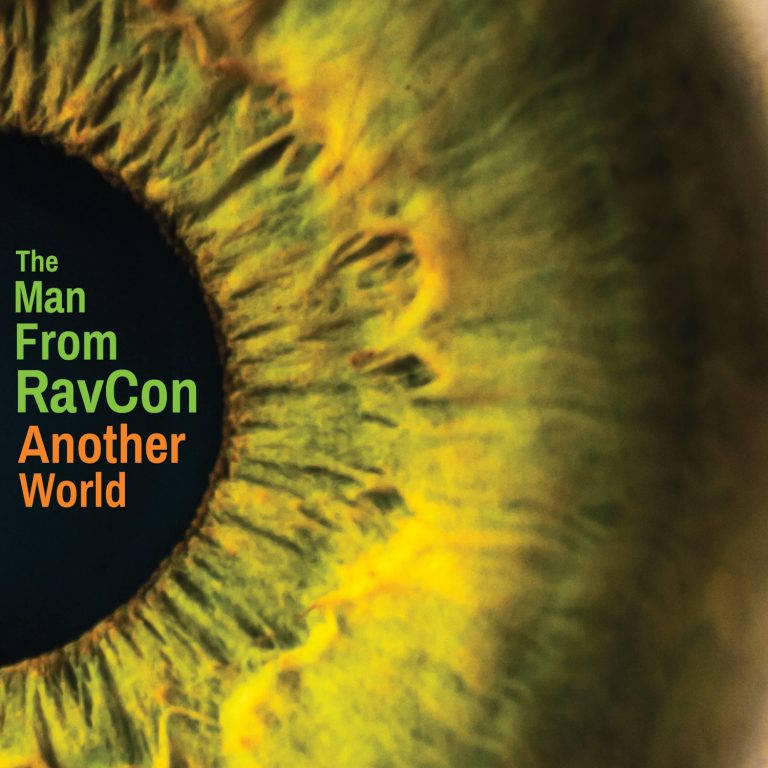 Mike Brown has been releasing music as “The Man from RavCon” for nearly ten years, but this album is the first I’ve heard. Judging by the covers of his previous albums, he seems to have a thing for soundtrack music, including science fiction (especially the campy pulp variety), Westerns, and spy movies. Certainly some of that comes through with the music on Another World. The first track is “Colossus,” and it features an easy groove on a synthesizer forming the base for a nice space-rock tune with melodies on guitars and good backing from keys, bass, and drums. “Satellite Flight” continues in a similar vein — a mid-tempo groove with a vaguely space-oriented sound, plus a bit of Mellotron for that added cool factor. Other tracks veer into smoother territory, paying homage to anonymous soundtrack and library music, and while it’s all nicely played, the overall impression can be of innocuous filler. The more upbeat tunes are the most successful, like the two previously mentioned and “Code Red,” which has a driving riff in seven. For instrumental music like this to work for me, there has to be a spark of energy to keep me interested, and maybe half of Another World succeeds in that respect. Much of it is too mannered and polite, though the high production values and nice arrangement choices keep it from falling into the discard pile. I certainly don’t insist on technical virtuosity (in fact it can sometimes be a turn-off) but a little flash of energy would be welcome — a crazy guitar solo or a weird synth tone or a bit of dissonance could really liven things up. I would recommend this to listeners who like music that doesn’t stray into “difficult” areas, who should find its charms much to their liking.