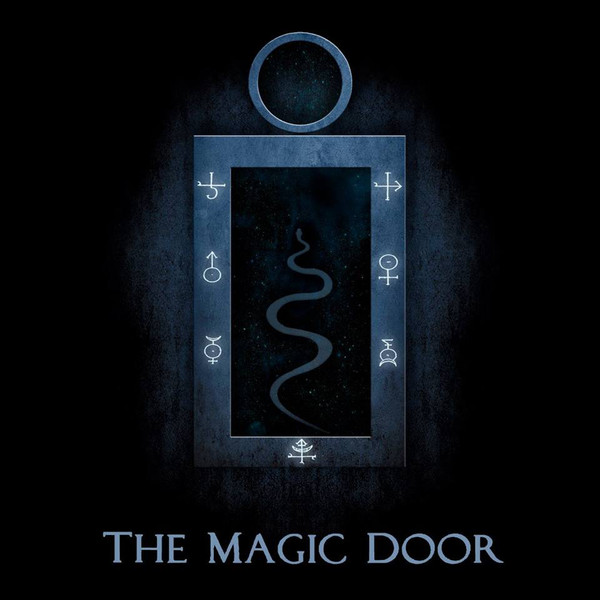 In Rome there is a door called the Alchemical Portal, the only alchemical monument in Italy. This magic door was built by the Marquis Massimiliano Palombra in his home, the Villa Palombra, the vital center of esoteric Rome of the 1600s. According to legend, a pilgrim (later identified as the alchemist Giuseppe Francesco Borri) was the Marquis’ guest for one night, who then disappeared forever passing by through the door. He left behind a few flakes of gold and a paper with symbols and seven epigraphs, which the Marquis had engraved upon the door. The new Italian group The Magic Door’s debut self-titled album is based upon this legend. The “Intro” is the “Marquis" narrating his encounter with the pilgrim, setting the stage for the following tracks inspired by the planets referred to by the epigrams. Each song’s refrain is an English translation of each epigram. And the album closes with “Epilogue” where the pilgrim, from the other side of the door, sings all seven epigraphs in their original Latin. The Magic Door is Giada Colagrande (vocals), Arthuan Rebis (vocals, classical guitar, bouzouki, nyckelharpa, and Celtic harp), and Vincenzo Zitello (cello, viola, whistles, Celtic harp, santur, theremin, xaphoon, bowed psaltery, musical saw, electronic sound design, and vocals). They are joined by guests Glen Velez (frame drums and world percussion) and Marco Cavanna (double bass). This list of instruments should give you a good idea of what you can expect to hear on this excellent album. Relying heavily on these acoustic instruments, The Magic Door does a superb job of conveying the dark alchemical nature of the subject matter while providing melodic and refreshing music. Highly recommended.