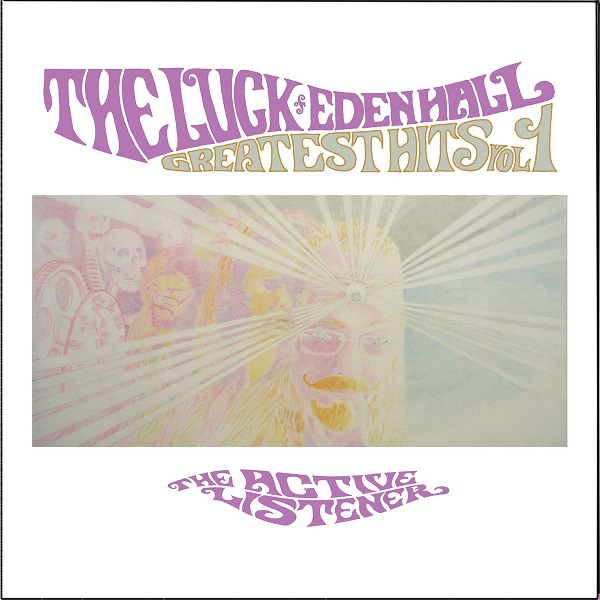 Greatest Hits editions used to be popular in the 70s and 80s to help promote an artist and generate more sales. But I don’t recall seeing one for quite some time, until now. Based on the increased awareness of Chicago’s The Luck of Eden Hall by the music published by Fruits de Mer, New Zealand label Active Listener Records decided to release Greatest Hits Vol. 1, a release spanning 25 years, going back to the band's early days in 1993, as well as including songs from 2006, 2008, 2011, 2012, and most recently 2013. The result is a limited edition (200 copies) 14-track CD housed in a gatefold sleeve. The final two tracks, “Laugh Your Life Away” and “Sugar Coated Savior” are previously unreleased songs, which I am guessing date back quite a few years. What we have here is a wonderful collection of songs showing a band maturing from garage-status to a full-fledged neo-psych band. Along the way we are treated to trippy guitars, megaphone and otherwise distorted vocals, and Mellotron. Conspicuous in its absence are any of the songs released on Fruits de Mer. And with the type and quality of this music, you would not guess that they are from Chicago. Standout tracks are “Metropolis,” “Dandy Horse” a song about a bicycle, “Sassafras Overcoat” a truly 60s pop-psych song, “Chrysalide” a song that would have been played on the underground FM stations in the late 60s, “A Carney’s Delirium” with its delicate and distorted vocals, surreal ambiance, aggressive guitars, and excellent Mellotron ending, and finally “A Very Large Array” with a reversed prepared piano intro to a love song with radio astronomy metaphors. This last song combines elements of the Stones’ “2000 Light Years from Home” and the Beatles’ “I Am the Walrus.” Greatest Hits Vol. 1 is a great place to start learning more about this band.

Between - And the Waters Opened – [Parts of this review specifically relate to the 1995 reissue on Germanofon. -ed.]The Germany-based sextet is probably most well known as representing the baby steps of composer/academician Peter...  (1996) » Read more