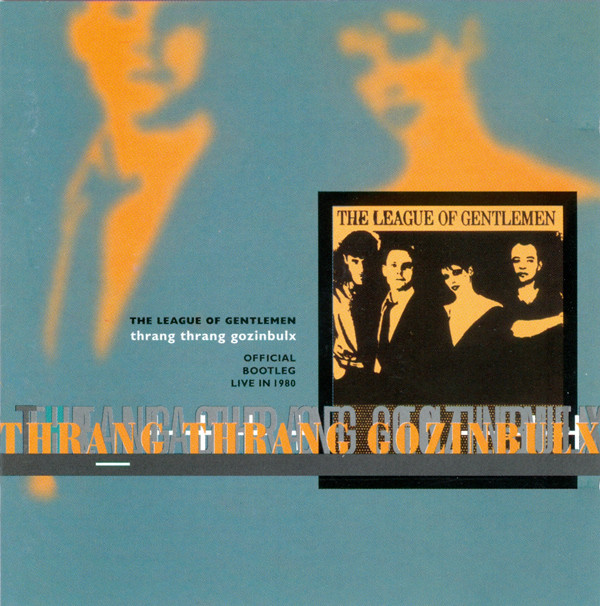 The early 80s were a musical dance phenomena as well as a signpost for radical changes in the echelons of music taste and fashion. The times dictated 'in with 4/4 rhythms, out with the extended pieces of music' (based on elaborate time changes and structure). This project was the immediate precursor to the 1981 reformation of the Crimson King, and shows our man Fripp shredding leads left and right across a very disco-ish dance floor. At least a little head bobbing is in order! Throughout the live show, the Englishman is on a solo vengeance tear, going backwards, upwards, sideways, down. The heat of the small clubs can almost be felt by the end of the each song: people were really moving out there! What is also great about this release is that it really is a good sounding bootleg (from five separate shows) with no sound doctoring from remix engineer David Singleton. It's listed in the liner notes: a raw live band recording, warts and all. What you hear is what you got: the band as it really sounded from two mikes at the back of the club going directly into a cassette recorder. Band personnel included the hot talents of Barry Andrews (XTC's first keyboardist who went on to more successful work with Shriekback) and Sarah Lee (ex of Gang of Four later with the B-52's). The oddest track stylistically speaking is "Farewell Johnny Brill," which uses a familiar R&B groove as a soloing vehicle. Superb liner notes with details about life on the road with complete tour dates, excerpts from the guitar meister's journal (always fun to read). The last fifty seconds summarizes the set perfectly; it's taken from recorded comments by Fripp at these shows: "I have something to say to you from the heart, I... I really want to have a party. And I say this to everyone else in the band as well, team... I really have to party." Thrang Thrang Gozinbulx is a fun disc to annoy your friends, and what more could you ask for really?