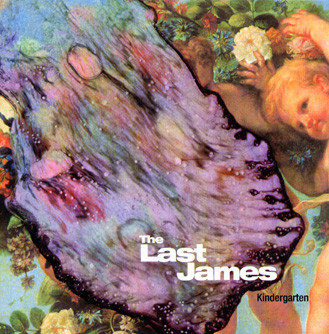 Is this Magical Mystery Tour Vol. II? Kindergarten is a brilliant concept album of intense psychedelic pop, loaded with Mellotrons, great vocal harmonies, song-to-song musical references, outstanding songwriting, and extremely clever arrangements that stack up well next to Magical Mystery Tour, Sgt. Pepper, Smile, and the like. The Last James is essentially the two-man project of Norwegians Lars Pedersen (guitars, mandolin, bass, insta-piano, Mellotron, xylophone, drums, and vocals) and Haakon Ellingsen (guitars, Harmonium, sounds, and vocals), joined by numerous guests on a variety of instruments. A strong 60s sensibility permeates the entire album — the choice of instruments (vintage all the way), the vocal and songwriting style (very much Lennon / McCartney influenced), and the overall production style go far to reinforce this. What? Do I hear shimmering sitars? A string quartet? A swirling maelstrom of psychedelic sounds with superimposed laughter? There's even a hidden track at the end that recaps the main title theme, then goes into the backward thing. Yup, this is some really cool stuff. Without going through a long-winded track-by-track here, lets just say this one is a strong contender for this writer's best of '97 list. 'Nuff said.