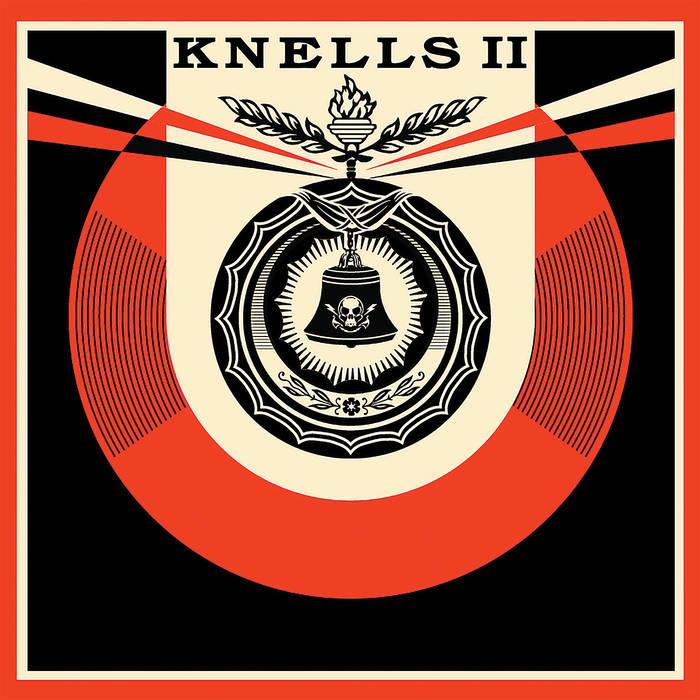 One thing that is sorely lacking in most current progressive rock is any semblance of real originality. What we hear mostly are bands trying to re-create the glory days of the sound as it was defined in the late 60s and early 70s, or taking that sound or something like it and dumbing it down in order to make it more listener friendly, removing its edge. When bands like King Crimson, Gentle Giant, Jethro Tull, Van der Graaf Generator, vintage Genesis and Yes made a record, you knew it was them without being told, they had their own sound that was uniquely theirs. The Knells, led by composer and multi-instrumentalist Andrew McKenna Lee from Brooklyn, NY is one such band, unique in many ways, defining their own vision clearly among all others in any genre. So what makes them so unique? The band features five instrumentalists, including McKenna Lee (guitar and electronics), Paul Orbell (lead and slide guitars), bassist Joseph Higgins, drummer Jeff Gretz, and Jude Traxler featured on percussion, Rhodes, and electronics. What is most unique and unusual about this band is that all the vocals are arranged for a three part female vocal chorus (Blythe Gaissert, Charlotte Mundy, and Nina Berman), and indeed, while there are a couple instrumental tracks, the bulk of the album’s ten cuts are vocals, organized into two side-long suites that flow together beautifully. Lyrics are very thoughtful, delivered in an almost medieval chorale style, and the instrumental support is a solid art rock in service to this huge vocal presence. Lyrics are printed in dark red on black on the inside of the CD tri-fold, maybe the limited edition vinyl edition is somewhat easier to read, but either way the words are worth following along. All taken, Knells II, like its 2013 predecessor, is a unique and highly emotional recording that sets new standards for originality.

Gong Matrices - Gilli Smyth - Parade – For many of us who attended the IPMF in San Francisco in 1999, the long wait in the lobby while Porcupine Tree had ‘technical difficulties’ was rewarded with the unique spectacle of Gilli...  (2007) » Read more