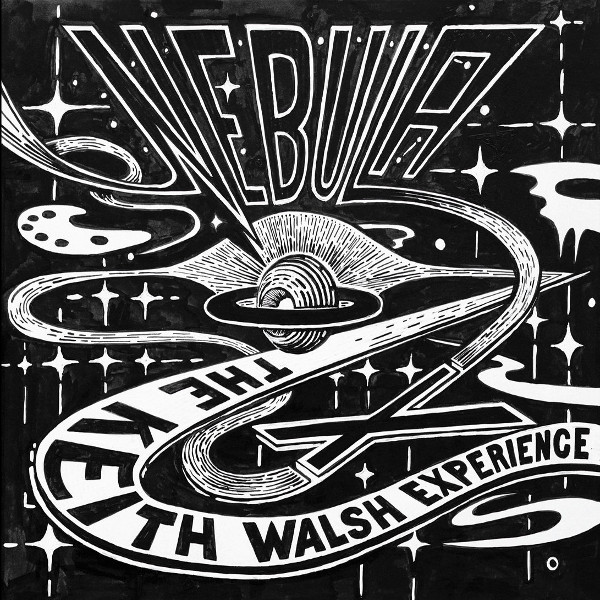 Keith Walsh is a seventeen-piece one-man band from Los Angeles, with Nebula X being his eleventh CD. He states that his music is made synchronically (a linguistic term that I think means he creates his compositions in real time without reference to what has happened in the past) “where intense mind-body-mapping meets rhythm and composition,” whatever that means. He also uses another $100 word “haptic” to explain his style. Haptic means relating to or proceeding from the sense of touch. So attempting to interpret his words in plain English, I think he means improvisation, but I could be wrong. Keith is a “jack of all trades, but master of none.” The result being that the twelve tracks on this CD sound like primitive demo tracks, not a finished product. He has some very interesting ideas that are not fully developed and would have benefitted from full orchestration, production, and interactions with other musicians who have mastered their respective instruments. Nebula X is a lo-fi recording with no bottom end, and could have used some EQ to bring up the bass. Overall it has an amateur sound much like the DIY pre-CD 80s cassette culture. The music is a mix of garage rock, psych-pop, post punk, psych-folk, and experimental music with elements of Bowie and Iggy Pop in his vocals and Syd Barret and the Swell Maps in the recording. I am not sure where Keith’s skills lie, perhaps in composition as he does not appear to excel on any particular instrument. The title track is extremely experimental and unique on the disc. It is four minutes of ambient electronics, heavily processed sounds, and a crazed narration akin to Hawkwind and Michael Moorcock’s Elric-inspired tracks. The only memorable track is the closing song “Wider than the Horizon,” that also happens to be the most developed track on the disc. This bluesy space rock song could almost stand on its own.

Hoven Droven - Jumping at the Cedar – In the whole Nordic Revival of the last decade (or is it just one record label?), there’s traditionalists like Väsen and JPP, and there’s dabblers in electronics like Hedningarna and Sorten Muld,...  (2008) » Read more