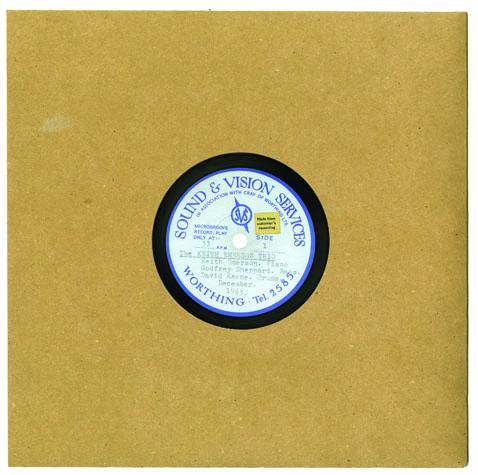 Fans of the late, great Keith Emerson are familiar with his jazzy piano explorations on songs like “Take a Pebble” or “Hang on to a Dream.” But here is evidence of his earliest forays into the form, as the 19 year-old leader of his own trio. The story goes that in late 1963 four acetates of home recordings were produced, one for each member of the trio plus a spare. The sessions had previously been considered unworthy of release, but the spare was recently unearthed and Emerson had it lovingly transferred to digital posterity. And how does Emo acquit himself as a pure jazzer? His comping throughout may lack the maturity of a more seasoned player, but the leads and solos are imbued with the vigor and dexterity that is unmistakably Emerson. His bandmates support him ably with high marks for bassist Godfrey Sheppard, though drummer David Keene is much more comfortable on rave-ups like “Winkle Picker Stamp” and “56 Blues.” Both are Emerson originals and point the way to later rockers like “Nutrocker.” The remaining songs (the disk is short, only seven tracks) honor influences like Floyd Cramer and Oscar Peterson, as well as paying homage to greats of the era like John Coltrane and Eric Dolphy. Each is a revelation for Keith Emerson fans, and it’s remarkable to hear such fully formed instincts and precocious chops at such an early age. Jazz may not have been his calling, but this disk proves it was always in his blood.