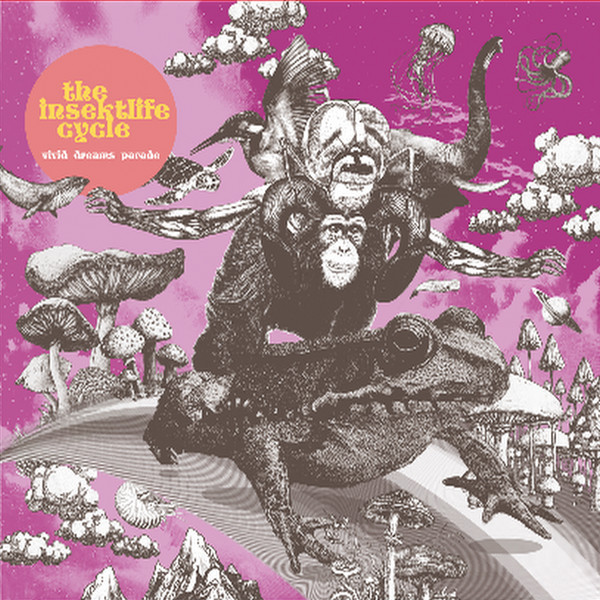 I first encountered Filipino band The Insektlife Cycle in 2016 via Fruits de Mer. They appeared on a couple of FdM releases and also a freebie CDEP. Now Mega Dodo has released a triple gatefold CD on May 5, 2017. Three of the instrumentals on this album have appeared on FdM releases, two of which I’ve previously reviewed. So I will focus on the other tracks. The music is a mixture of psychedelic and progressive rock instrumental jams based on simple riffs that the band explores, sometimes sounding like Godspeed You! Black Emperor. And for some reason I think of Ozric Tentacles or The Bevis Frond as well. Most of the eleven tracks are similar, except for the Hawaiian psych surf music on “SleepCrawler.” The music conjures surreal images of monkeys with ram’s horns riding frogs through forests of mushrooms. Sometimes jarring, sometimes slow to develop, the music can make you feel like you’ve consumed too much of a good thing. Music is truly a universal medium that transcends language barriers. By all means, take the opportunity to investigate The Insektlife Cycle if you favor instrumental jams. You will not be disappointed.