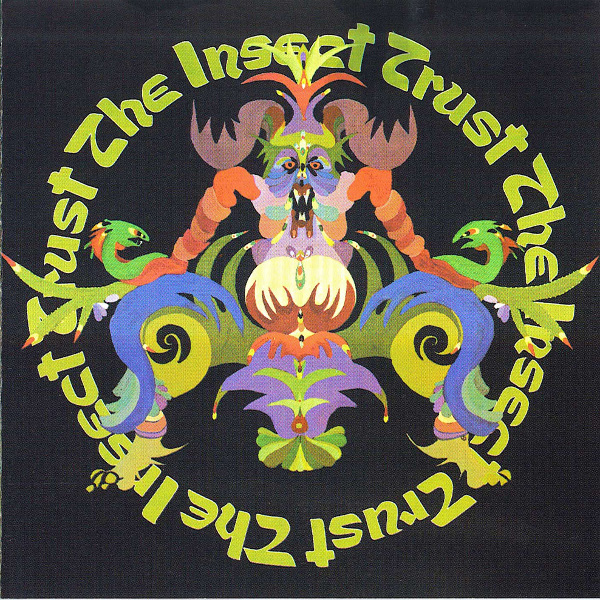 As a longtime fan of Fairport Convention and British folk rock, I had dismissed American folk as being either too cloying or too familiar. Not so with The Insect Trust, who do for American folk and blues what Fairport did to the British equivalent. For reference sake, I'd compare this with Unhalfbricking, and I'd have to say that this is probably at least as good, given its year and timeless nature. The Insect Trust takes original and traditional tunes and adapts them to their own hippie vision with plenty of saxes, recorders, clarinet, piccolo, banjo, strings, and jangly slide guitars, resulting in folk music that is vital and inviting. Vocalist Nancy Jefferies has an outstanding voice, landing somewhere between Sandy Denny and Jacqui McShee (Pentangle). I couldn't help but fall in love with this even during the first track, a lazy, sultry, country blues number, split in the middle by a nicely noisy jam. "Miss Fun City" sounds like it's right out of CCR's bayou with its strongly reverbed rhythm guitar, banjo, and creeping movement. As one might expect from the date, there is a war protest song, but this one from WWI. "Special Rider Blues," at 7:43, starts out simply enough, eventually growing into a simple extended jam that sends me into a long-lost bluesy rapture; indeed, it has been many years since the blues have sent me anywhere but running for cover. "Been Here and Gone So Soon" smacks of a folk classic in composition, melody, and arrangement. Though a couple of songs get fairly simple, it never gets too dull or banal. In fact, this whole effort reeks of musicians who were confident in their direction (even if in the end they didn't get there) and comes highly recommended to prog fans with folk/blues interests.

This late-60s quintet from NYC epitomized the broad sense of musical experimentation of the era, pulling incongruent forms together, and through a combination of optimism and naiveté, managing to make them work. An unlikely assemblage of musicians, the Trust featured guitarist Bill Barth (electric, acoustic, bottleneck slide, etc.), Bob Palmer (alto sax, clarinet, recorders – who years later would become rock critic Robert Palmer), Trevor Koehler (baritone sax, piccolo, sewer drum, thumb piano, upright bass), Luke Faust (banjo, banjo-guitar, vocals) and singer Nancy Jeffries, a powerful vocalist with a strong folk-rock sensibility. Rounding out this lineup were top-notch session players on bass, drums, rhythm guitar, and some uncredited strings. Their sound is all over the map, but generally combines elements of 60s psychedelic rock, jugband, and blues, with a strong injection of jazz and folk. Tracks like "Mountain Song" and "World War I Song" tend to showcase the jugband element, while pieces like "The Skin Game" with its maelstrom of slide guitars and wailing saxes typifies their psychedelic rock perspective. A cover of "Special Rider Blues" and a Barth/Jeffries composition "Going Home" are solid blues, the former an absolute smokin' performance by all, while the latter is primarily an acoustic trio of Barth, Jeffries, and Palmer. "Been Here and Gone So Soon" presents their folkier side, perhaps with a touch of Appalachia. A cover of Gabor Szabo's "Walking on Nails" is another highlight and a good showcase for Jeffries' voice, but perhaps the album's strongest piece is "Miss Fun City", with its introspective banjo intro, droning electric rhythm guitar with saxes soloing over the top – and another splendid showcase for Jeffries' voice; it combines all the best elements of their sound in equal proportion. It's great to finally have this obscure classic available on CD. Recommended!