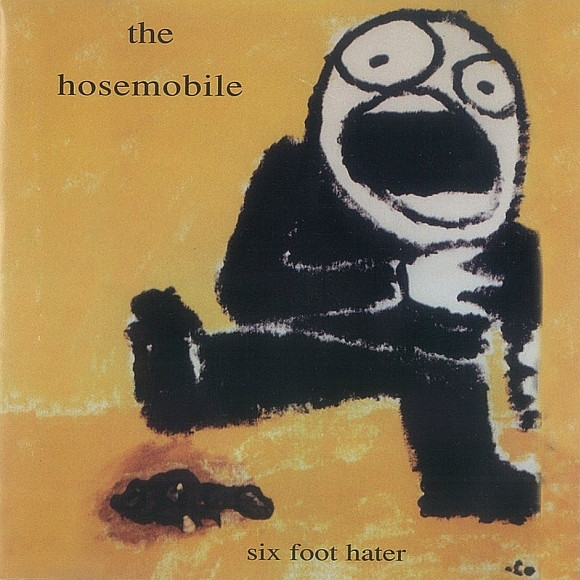 This heretofore unknown four-piece from Cookeville, Tennessee, employs sophisticated (brilliantly so) rock driven compositions with plenty of mood shifts, meter changes, and insanely clever arrangements. This almost seems like a band that is ‘accidentally’ progressive, as they are original to the point of not really sounding like any other bands in the genre, yet they meet all the specifications — and still pull enough mainstream influence (grunge, metal) to have a good, fresh, contemporary feel to their sound. The band operates in two basic modes — guitar, bass, drums, and either a second guitar or electric piano, sometimes with vocals, sometimes without (50/50). The vocals are spoken in sort of a twisted Jim Morrison / Peter Hammill type of way, often very dark and disturbing, with lyrics to match. Often this writer is reminded of the live performances of the late great Idiot Flesh, that almost-punk meets RIO energy level that they could never seem to capture on recordings. The Hosemobile has nailed it. There is a strong jazz element at work here, and possibly some King Crimson influence as well (throw some Zappa in there too) which all becomes more apparent as the disc progresses. Both guitarists display remarkable chops, and the entire band is incredibly tight. Regrettably they put in about five minutes of dead space at the end of the disc, followed by some screwing around, talking and rude snorting noises. Why do bands do this? Still, this is definitely a band that’s going somewhere. My highest recommendation.

Trees - On the Shore – The Trees was a British folk rock band formed in 1969 that sputtered out in 1972, barely leaving a footnote in musical history. Their two albums The Garden of Jane Delawney and On the Shore have...  (2008) » Read more