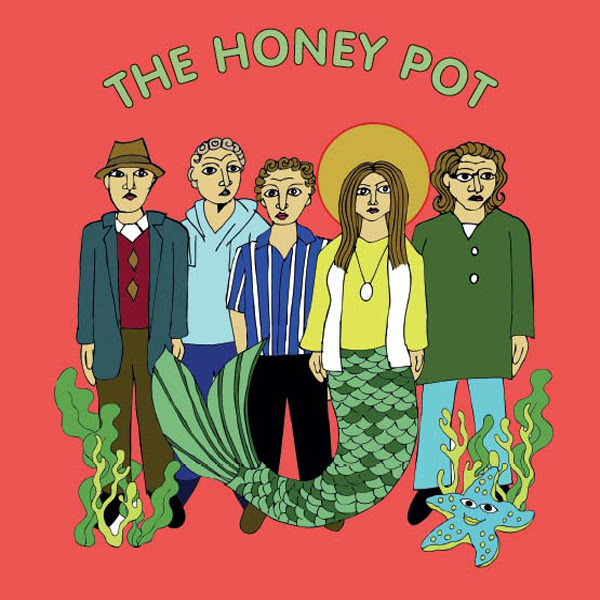 Two years ago Brit neo-psych band The Honey Pot felt trapped. They had been playing festivals, making records, receiving airplay, and gaining an international following via Fruits de Mer. They were pleased with the progress, but they likened their musical angst to being stuck inside a whale like Pinnochio and Geppetto, and they had to find a way out. They devised an imaginary escape by visualizing a journey through time and space to the sunny West Coast, writing new songs, and embracing the free spirit of the 60s. The new single Lisa Dreams contains their first venture out of the whale. Lisa Dreams also launches Mega Dodo’s new Single Club subscription of limited editions over the next 12 months. The A Side is “Lisa Dreams,” a bubbly a psych-pop cotton candy dream of California; a bright pastel colored world with Crystal Jacqueline’s beautiful voice and a catchy melody. The flip side is “Into the Deep.” Now The Honey Pot ventures into the dark underbelly of 60s mixing influences of Jefferson Airplane (Marty Balin-like vocals and Paul Kantner-esque lyrics) and The Doors’ “Riders on the Storm.” This tasty new single is the perfect antidote to brighten these cold bleak winter days.