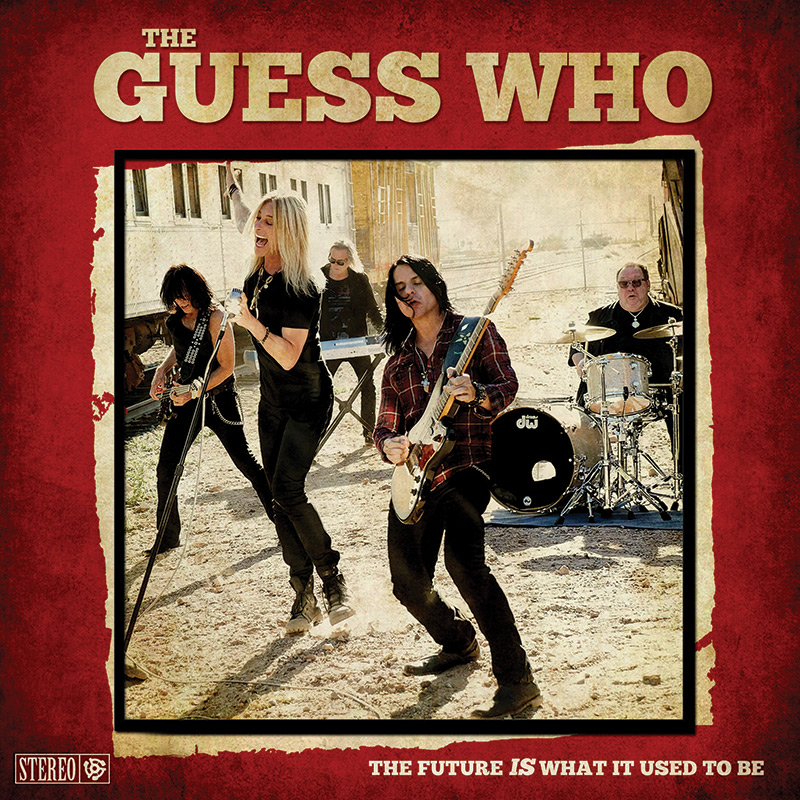 There are very few bands active today with a history as long as The Guess Who, which started as Allan and the Silvertones in 1958 under the leadership of Chad Allan (vocals, guitar) with Randy Bachman (guitar, vocals), Jim Kale (bass, vocals), and Garry Peterson (drums). It was 1965 when they adopted the name The Guess Who, and they achieved worldwide recognition in the late 60s with a unique mix of psychedelic rock, blues, and folk sounds. Aside from a gap from 1975 to 1977, the band has existed in some form ever since, with Kale and Peterson remaining from the early days, though Kale has retired from touring and contributes mostly as a writer. They’re joined in the current incarnation by Derek “D#” Sharp (vocals, guitar), Will Evankovich (guitar, vocals), Rudy Sarzo (bass), and Leonard Shaw (keyboards, sax, flute). Sharp is the primary songwriter, with help from various of the others on individual tracks. Musically, The Future Is What It Used to Be contains some good songs, if no surprises. There are clear roots in the blues and rock ‘n’ roll, with occasional touches of folk, and combined with Sharp’s gritty vocals bring to mind comparisons with Southern Rock bands of the 70s like Lynyrd Skynyrd. Within this band’s catalog, their mid-70s and later output is the nearest comparison — there are no hints of the psychedelia they did so well on American Woman aside from a little backwards guitar on the fadeout of “Playin’ on the Radio.” That being said, this is a solid effort that is enjoyable to hear, with several tracks worthy of revisiting.

Related artist(s): The Guess Who

Steve Tibbetts - The Fall of Us All – Steve is back with his first solo offering since 1990's Big Map Idea. For the uninitiated, this Minnesota guitarist's music is truly in a league of its own, anything from a swirling maelstrom of...  (1994) » Read more

On the road with The Gathering