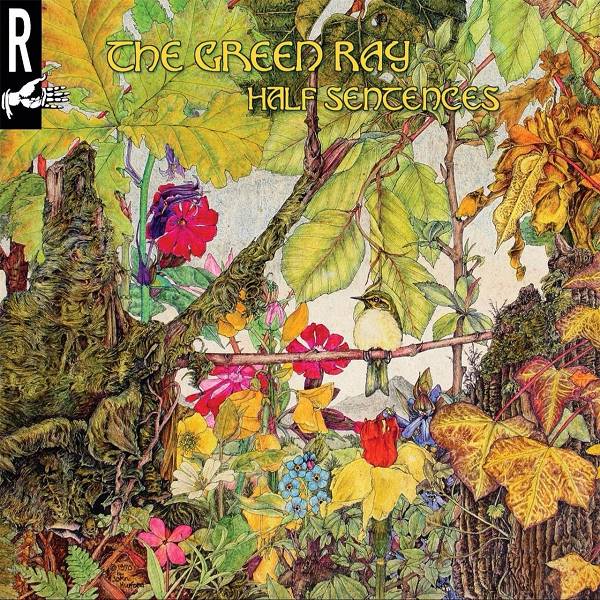 Half Sentences is a superb album by England’s The Green Ray issued on lime green vinyl by Sugarbush Records. Dating back to the mid-90s, mates Ken Whaley and Richard Treece formed The Green Ray. Sadly Ken passed away in 2013 and then during the sessions for Half Sentences, lead guitarist Richard passed on as well. Band mates Ken’s brother Simon Whaley (drums, lead electric and acoustic guitars), Jeff Gibbs (bass guitar and backing vocals), and Martin James Gee (electric and acoustic guitars and vocals) soldiered on, wrapping the LP up in May 2017. The band continues to gig in and around London, further honing their sound. Half Sentences is a set of seven songs and a final track that sounds like the band talking in half sentences with fans in a pub after a performance. Their music is a merging of Mirage era Camel, Dire Straits “Sultans of Swing,” Billy the Kid era Bob Dylan, a bit of Jerry Garcia and the Grateful Dead, and The Byrds’ “Change Is Now.” Richard’s lyric guitar riffing crushes it, providing the right amount of trippy psych excursions into West Coast psych. Dick Salomon (aka Bevis Frond) recommended to Sugarbush that they release this LP and I am glad they did. This record is a breath of fresh air and sure to please.