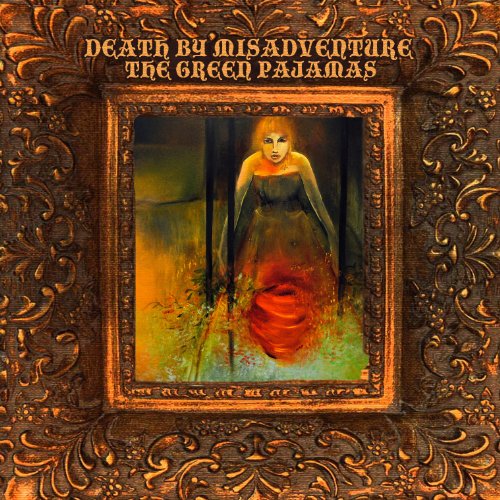 Think about Odessey and Oracle, S.F. Sorrow, and Pet Sounds. All classics of a particular era, and all sharing a similar aesthetic that combined psychedelic rock with a variety of folk, Classical, and other sounds. All of them made by young bands that didn't end up sustaining those bursts of creativity. What might have happened if the same style and attitude were combined with maturity instead of innocence? Death by Misadventure is one possible answer to that question. Seattle's Green Pajamas have been knocking out album after album of finely crafted neo-psychedelic music since the mid-80s, where, with their sitars and harpsichords, they stood in stark contrast to the rising grunge scene, and they've managed to stay together (though with some personnel changes) to produce an amazing dozen-plus albums. The current incarnation shows no sign of diminishing capacities. Lead writer Jeff Kelly's voice is maybe a little gruffer at times (and fuller), but his vocal foil Laura Weller provides a lovely contrast. From start to finish, this is a masterful album, balancing heavy fuzzed-out moments with softer keyboard sounds, bringing in strings, brass, and other instruments to realize the songs' potentials. Highly recommended for those who love the sounds of the psychedelic era but aren't still stuck there.