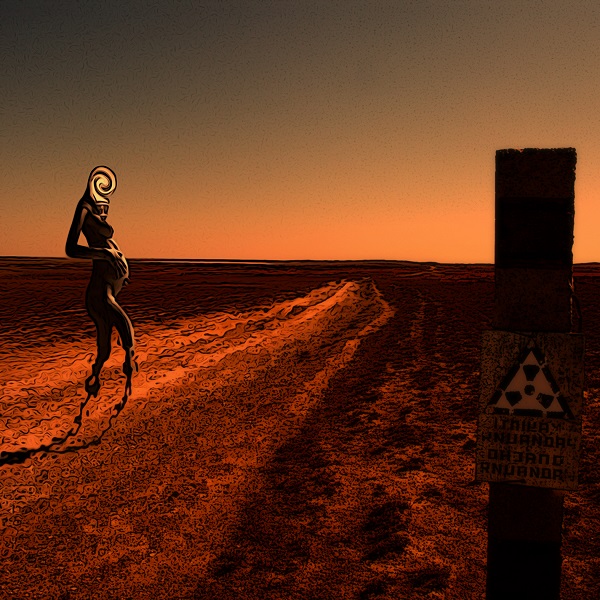 It was only recently that The Glacial Drift came to my attention, even though they're based in my hometown of Seattle — just goes to show how much music is out there, especially when you consider that this is the band's fifth release. Stylistically, the closest reference for this music is The Mars Volta, though The Glacial Drift steers clear of the histrionic excess that The Mars Volta revelled in. Hilde Clark-Snustad's vocals (in both English and Spanish) are far from histrionic, ranging from quiet and breathy to more forceful, and are often treated with effects. The drums (and the latin percussion that shows up from time to time) are apparently programmed by Xavier Alejandro Reyes-Ochoa, who also handles all the guitars, bass, and some of the keyboards, though a listener is hard-pressed to really notice that it's not a real drummer. The music is tricky, precise, and varied in sound colors, full of wonderful production touches (some of which seem to have been made for headphone listening). All of the titles refer to environmental disasters like Chernobyl, Love Canal, Bhopal, and so on, but don't come off as preachy. In any case, it's the instrumental parts that are the main attraction, with aggressive bass parts meshed perfectly with the drums, a wide variety of guitar tones from clean acoustic to freakishly modified electric. The synth parts are crystal clear and don't have the sterile digital sound that ruins so many recordings. Hekatombre a solid entry in the modern progressive field, not at all neo-prog or even retro-prog, and well worth checking out for all fans of the genre.