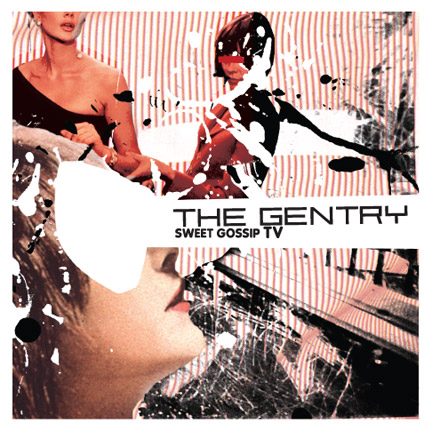 Sweet Gossip TV is the second full official recording by the duo of Steve Taylor and Gino Mari, heavily influenced by The Cure and the Psychedelic Furs. The band has come a long way since their first lo-fi home recordings emphasizing more techno and looping infrastructures in their compositions and better-constructed songs. The band is now a full-blown quintet and has been doing more live gigs and it shows in the crafted delivery on pieces like “Preview One,” where swelling guitars mesh with the band’s blatant bad mouth attitude. “Demons” reveals a Duran Duran influence that could carry the band far into that marketplace partly due to the brilliant driving guitars and snide vocal delivery from main man Gino Mari. The band members’ private DJ list is also pretty informative as to who is putting ideas into the composers’ heads, from Soft Cell to Human League and even disparate influences as Kraftwerk or Depeche Mode. The band gets it together completely on “Vague but Accurate” where the group establishes a rock groove with pulsing synths counterbalancing the nightclub dance air. “Preview Two” also occupies the same 80s jangly rock that the Church defined so well in the day; in this context intertwining guitar parts contrast in to the standard rock tracking. Female vocal chanteuse Damaris Peterson gives the band an alternate slant on “I Have not Morals” that works as a retro duet with Mari’s lead vocal in the main verse. In summary the band appears poised for the right time a larger 80s revival seems imminent.