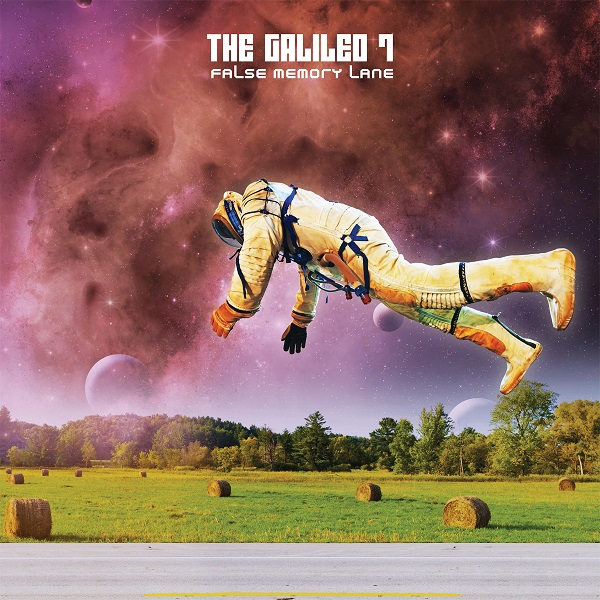 If you are a Trekkie, you will know that Galileo is the name of a shuttlecraft on the starship Enterprise. And Galileo Seven was the title of the 16th episode of the first Star Trek season broadcast in 1967. This bit of trivia really has nothing to do with the music on False Memory Lane other than the music is a set of psych-pop tunes evoking the late 60s. False Memory Lane comes in two formats, vinyl and CD, with three bonus tracks on the CD. Allan Crockford (guitar and vocals), a member of The Prisoners from the 80s, fronts this UK band. The other members are Viv Bonsels (keys), Mole (bass and vocals), and Russ Baxter (drums). False Memory Lane is their fourth album and the fourteen songs on the CD are in the three to four minute range, just right for psych-pop tunes. Each song is different, but they all complement each other. There are fuzzed guitars, organ-driven songs, and phased vocal harmonies enough to please lovers of 60s Brit psych. Though harkening back to the 60s, they are not stuck in a time warp, many of the songs have an aura of contemporary psych-pop bands like The Luck of Eden Hall et al. Though not exactly in the realm of progressive music, their judicious use of the Mellotron is a tasty morsel, especially on the title track. “False Memory Lane” is a catchy tune with some creative hooks. And it closes with reversed vocals. I hear different influences throughout the disc: on “Nobody Told You” I detect some influence from The Turtles with the ba ba ba ba chorus; the song “Don’t Know What I’m Waiting For” is remarkably similar to Pete Townshend’s 80s hit single “Let My Love Open the Door”; “I’m Still Here” is a hybrid of West Coast psych and UK pop with The Byrds’ jangling guitars and John Lennon style vocals; “Tides Rising” recalls The Hollies; and the closing track “Reynard the Fox” is a catchy and energetic psych rock song that makes you feel like you’ve been running for its five-minute length. So if you enjoy 60s psych-pop, this disc is for you.