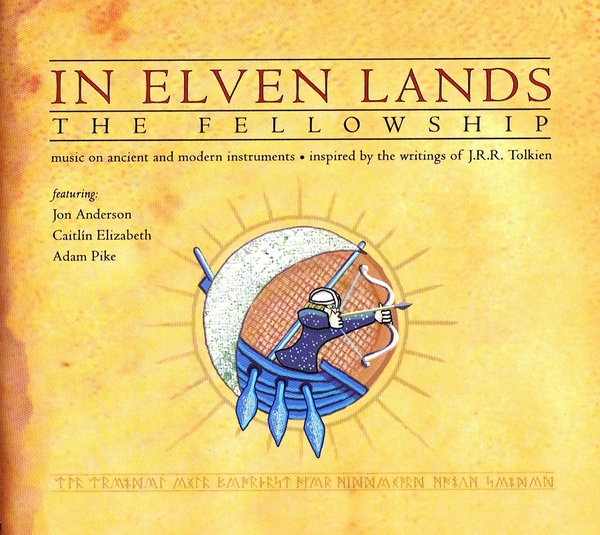 It is no surprise that Yes vocalist Jon Anderson would finally contribute to a musical project surrounding the highly profitable Lord of the Rings books and films. What is surprising is how low-profile this UK based project is considering the research and well crafted product by the loose confederation entitled The Fellowship. Constructing traditional folk-based arrangements around themes and derived lyrics from J.R.R. Tolkien’s books was not a big stretch for the capable ensemble. Anderson appears on four tracks and is composer of two. “Dan Barliman’s Jig” demonstrates his still-strong vocal range and danceable delivery. His lyrical imagery fits well into the Tolkien world with Eddie Freeman adding twelve string guitar supported by flutes and a krumhorn solo. “The Sacred Stones” is a precious adaptation of another moment in the Silmarillion story offset by hurdy gurdy and djarbka accompaniment. The closest comparison for this song would be to “Where Will You Be” from Yes’s Talk. Also the cover version of Page and Plant’s classic from Led Zeppelin IV, “The Battle of Evermore” is done up as a traditional dirge with Adam Pike’s John Cale like singing. In contrast, Caitlin Elizabeth imparts several stronger lead vocals across the disk in a style not far removed from Enya’s serene delivery. Instrumental pieces by Carvin Knowles offset the vocal pieces, creating a seamless representation of the unique subject matter. Overall the 16 pieces are a must-hear for fans of Enya, Mediæval Bæbes, and Blackmore’s Night.