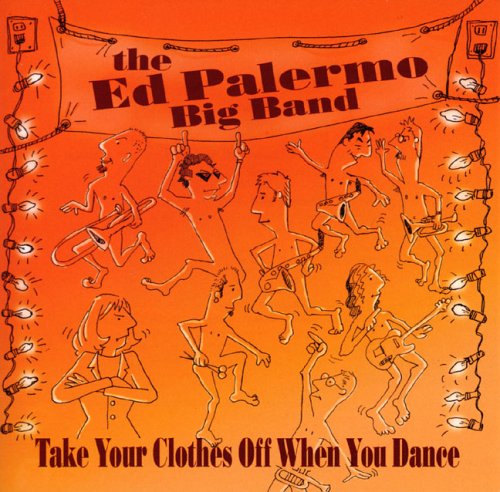 Legend has it that Uncle Frank once said, “Never kiss a toad from the short forest after it’s been sleeping in a jar with a rutabaga.” Well, that may or may not be true, but what is absolutely certain is that the Ed Palermo Big Band have invoked the spirit of Hot Rats, and respectfully applied it to nine more of the master’s finest compositions. This is an amazing ensemble, bright, brassy, and tight, who take their work seriously and have a helluva lotta fun doing it. We’re not just talking a Zappa cover band here; Palermo is a masterful arranger who has made reworking Zappa’s compositions his life’s endeavor for over a decade now. Let’s count ‘em up: drums, guitar, bass, piano, keyboards, three trombones, two trumpets, and a six piece sax / clarinet / flute section, plus a couple special guests comprise this very impressive group. Note the lack of extensive mallet percussion, violin, and two goofy jokers who used to sing in a famous pop band. Therein lie some of the differences with the original Zappa arrangement model; in fact Palermo sticks pretty close to a standard jazz big-band approach. It’s all instrumental with the sole exception of one cut (“Mom and Dad / Oh No”) where guitarist Carl Restivo does his part. So what other material have they tackled? “Sleep Dirt,” “Pound for a Brown on the Bus,” “Moggio,” “RDNZL,” “Dwarf Nebula,” “Gumbo Variations,” and of course, the title track. Exceptional!