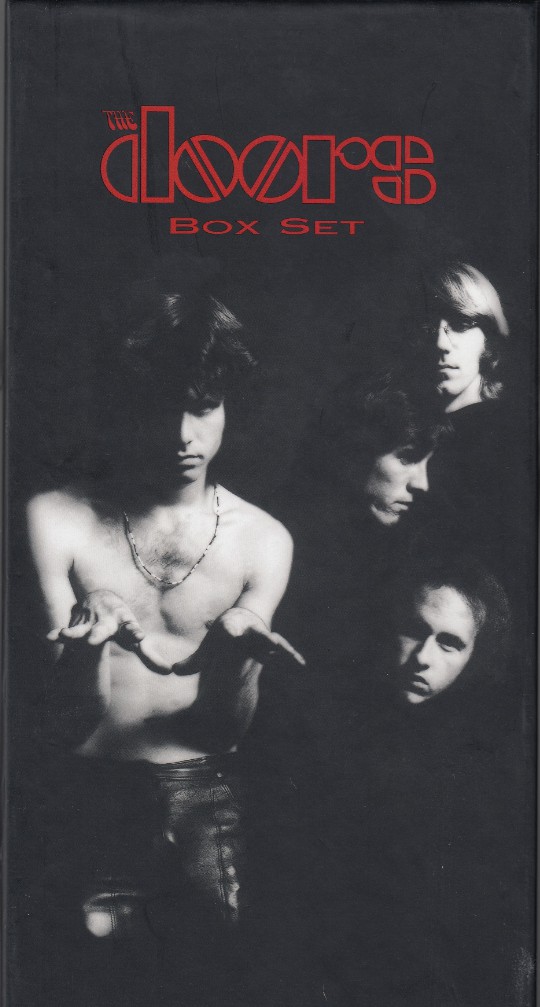 The Doors, you ask? Can one appreciate modern rock poets like Peter Hammill and the Fish-fronted Marillion without acknowledging the influence they received from the charismatic vocalist Jim Morrison? And musically these guys were well ahead of their time: in '67 a band where the primary instruments were organ and drums was unheard of, and from that they forged a sound that 30 years later still sounds unique among bands.

This elaborate four disc set with 56-page booklet contains three full discs of never-before released material. Each of the discs carries its own title: "Without a Safety Net" and "The Future Ain't What It Used to Be" (discs one and three respectively) are split between live takes and studio material, the latter consisting of unreleased studio tracks, alternate takes, and demos from as early as 1965, before the band had a guitarist. The real gem here is disc two, "Live in New York," from Madison Square Garden 1970, one of the best Doors performances these ears have heard, certainly on a par with their Hollywood Bowl release. Included here is the full 17-minute "Celebration of the Lizard" and an 18 minute version of their classic "The End," of which guitarist Robby Krieger states: "I've always lamented the fact that 'The End' was never properly recorded live, but this one comes real close." Also here are live takes of "Roadhouse Blues," "Crawling King Snake," "Peace Frog / Blue Sunday," and the rarely performed "Ship of Fools." Disc four is appropriately titled "Band Favorites" and pulls a selection of 15 tracks from the band's six Morrison-era studio albums, five each chosen by each of the three living band members. While one will find some very familiar material here ("Light My Fire," "Love Me Two Times," and "Riders on the Storm" are included), this is by no means a 'greatest hits' given the inclusion of moderately obscure tracks like "Yes, the River Knows," "Wild Child," and "I Can't See Your Face in My Mind." In all, a great set that was long overdue.