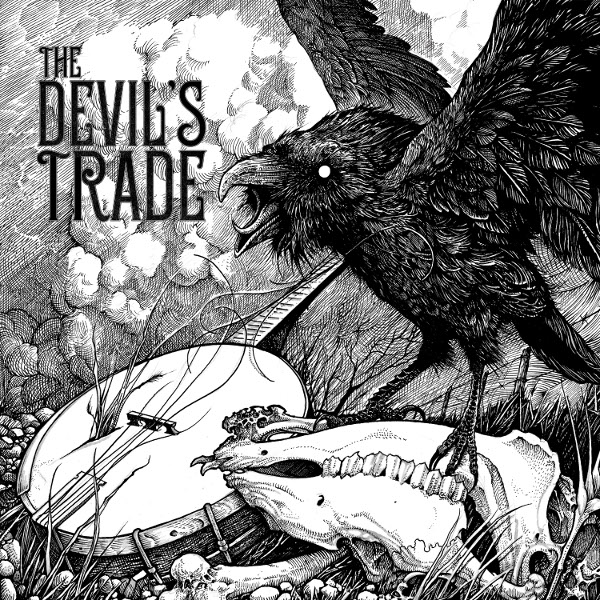 Dávid Makó is a Hungarian singer who has worked in a couple of metal bands I’ve never heard — Stereochrist and HAW — but The Devil’s Trade is his entirely solo project, and it has little about it to hint of metal. His main instruments seem to be banjo and electric guitar to back his husky voice. And from his voice I can easily imagine that he’s at home in a heavy rock setting. He doesn’t do much screaming here, but he’s capable of a muscular power that would work well with a full band. What Happened to the Little Blind Crow is soaked in an air of darkness, with frequent references to ghosts, hell, and death. Somehow Makó makes a banjo sound sad, even with nice finger-picking patterns — I guess it’s the combination of minor chords and his voice. On several of the songs he pulls out an electric guitar, either on its own or in conjunction with the banjo. He uses a reverb-drenched, grungy tone that seems even more tortured without and drums or bass to back it up. There seem to be occasional synthesizers, but they’re very subtle and might even be guitar with effects instead of keyboards. On a few of the songs I’m reminded slightly of that brief period when Steeleye Span had gone electric but hadn’t yet added a drummer to the lineup (around Please to See the King or Below the Salt), but of course there’s no fiddle or female vocals here. The songs are well-written and work well in this stripped-down context, so I’d recommend the album to anyone who goes for dark folk music.