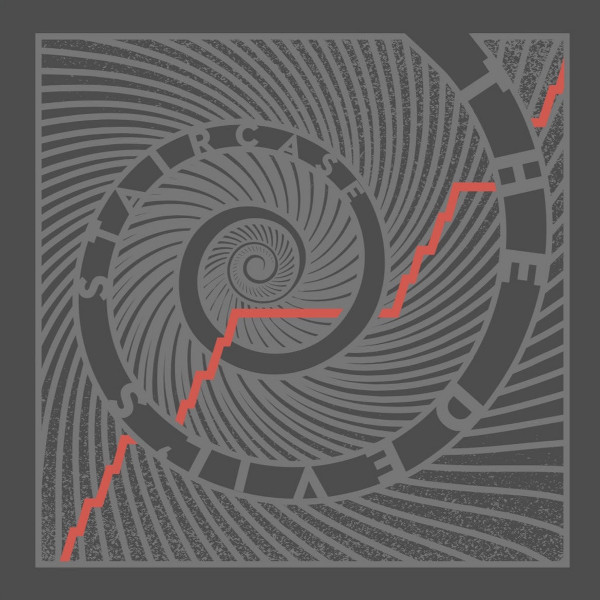 Here we have a new international collective of musicians who claim to play rock music inspired by math and science, "but it’s not math rock." When one considers what music really is, then math, science, and of course art, have a strong hand in all music regardless of genre. The music of The Devil’s Staircase, more than anything, is a powerful dose of instrumental progressive rock at its finest. The six members of the group hail from the US East Coast, Mexico, and Sweden, names that we at Exposé have been familiar with for many years: bassist Luis Nasser from Sonus Umbra, guitarists Aaron Geller (electric) and Tim McCaskey (acoustic) have both played together in Might Could (the latter played in Sonus Umbra as well), saxophonist Ramsés Luna and sound designer Edgar Arrellín Rosas both come from Luz de Riada, and last but certainly not least is Mattias Olsson on drums, percussion and Mellotron, probably best known for his tour of duty in Änglagård in the 90s and many others as a performer, composer, and producer in the years since. There is also some uncredited violin and sitar here, although the latter could easily be carried out by an effected guitar. For those who are interested in the music’s connections to math and science, one can go to the band’s website and get a brief summary from professor Tim McCaskey regarding the Cantor set, the Morse sequence, and other mathematical knowledge pertinent to the music at hand, but it’s certainly not necessary to know all that in order to enjoy it. For the more artistically inclined, a visit to their Bandcamp page might prove more useful to provide a good idea of what the group has on offer (links at the bottom of this page). What you need to know is that among the five tracks, two are shorter pieces (like four minutes each) and three break the ten minute mark, the opener ibeing a two parter, the second part is their interpretation of Holst’s “Mars the Bringer of War,” and the fourth track “Morse” is a strong five-part opus, maybe the best thing here, but seriously there isn’t a dull track to be found anywhere among them. This is probably one of the strongest releases I’ve heard in a long while.