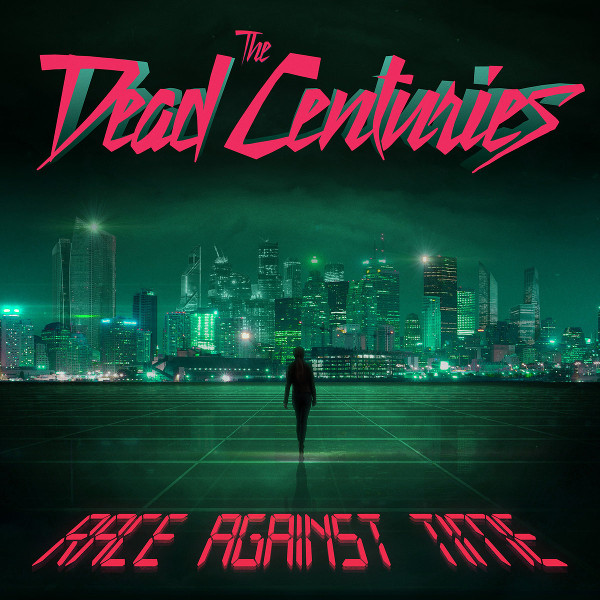 The Dead Centuries is an instrumental prog metal band from Ottawa. Canada consisting of Adam Tremblett (guitars, bass, and programming) and Bryant McNamara (drums) and when they play live, Jacob McSheffrey (guitar). Their debut album Race against Time was released on January 26, 2018. Clocking in at roughly 45 minutes, Race against Time contains ten instrumental tracks. The press kit will lead you to believe that The Dead Centuries are rich in virtuosity, melody, compositional skills, and create superb music. I don’t get it at all. Perhaps since I am not at all a fan of this type of music, I cannot find any enjoyment gained from listening to a sonic barrage of percussive drumming, rapid guitar riffs, and occasional shredding. Even with tracks at five minutes or less in duration, I find that the instrumentals are just too long, and I welcome the quiet respite between them. There are some odd things happening on this disc as well. The second track, “Gotham,” I guess some sort of reference to Batman, blasts along for almost four minutes and abruptly shifts to an out of the blue, calm and quiet piano solo. “Tree Fort” is different from the rest of the album as it is quite a bit calmer with sonic space between the instruments, but the music does not help me visualize a tree fort. This track also contains abrupt shifts in mood and there is a 30 second dreamy break and the band then jumps back to metal to end the track. Overall, I found the majority of the music boring. Perhaps if you are a fan of other prog metal bands like Animals as Leaders, Scale the Summit, Protest the Hero, Periphery, or Intervals, you may find Race against Time appealing.