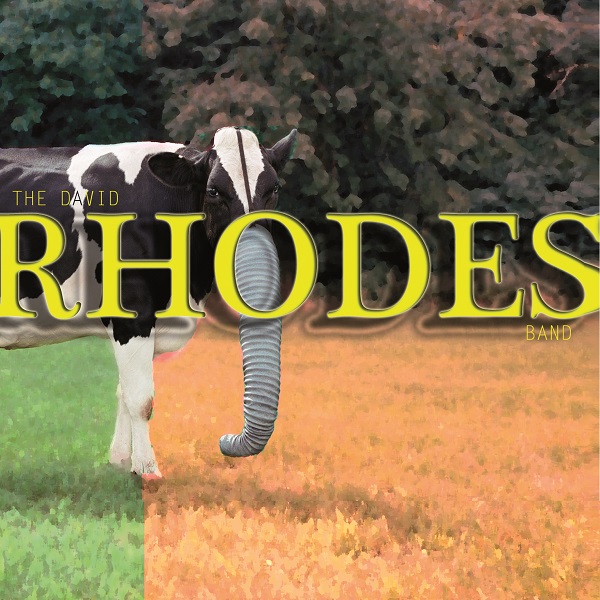 For many years, David Rhodes had been promising a solo album, stepping out from his gig as Peter Gabriel’s guitarist, and in 2010 he came out with Bittersweet, which I haven't heard. Now we have a band with his name on it, featuring Rhodes along with his Peter Gabriel bandmate drummer Ged Lynch and bassist Charlie Jones, an alumnus of Robert Plant’s band. In some ways, the music is much more reminiscent of his old band Random Hold than the wide-ranging pop of Mr. Gabriel. Anyone familiar with his previous work as a group member and side-man will know that Rhodes is not the kind of guitarist to hog the spotlight and wank off a thousand notes a second. He’s much more textural, setting the right mood for the song and finding interesting ways to interpret the compositions. While Rhodes hasn’t recorded music that would normally be called “progressive rock,” the quality of the product makes it worthy of note (not to mention his history, which may be somewhat tangential to prog, but is important nonetheless). From the first notes of “If I Could Empty My Head” we’re treated to a solid set of imaginative songs which are catchy without being simplistic. (And I have to say I love the lyric, “If I could empty my head, I’d start again, I’d be more careful about the stuff I put back in.”) And there’s his singing guitar tones, slightly different from situation to situation, but always there holding things together; they’re often significantly distorted, but his effects, along with his lovely vibrato touch, give the music a distinct flavor that’s very appealing. His vocals are quite good as well, both on the more aggressive tunes and on the quieter numbers like “You Are the North Wind” and the engagingly simple “Be Mine.” For some reason I can’t quite articulate, I’m reminded of Be Bop Deluxe, though without keyboards. While the overall forms may follow the conventions of rock music, there are some unusual chord progressions, and the production is crisp and straightforward, with no distracting studio tricks aside from the overdubs of extra guitar and vocal parts. I always felt that Random Hold never reached their potential, and Rhodes gives us one vision of what it could have been.